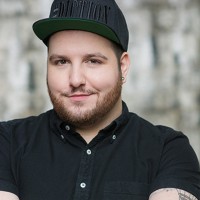 Justin D. Reamy has quickly made a name for himself as a New York City private vocal coach.

His students have worked on Broadway, in commercials, and been employed by Disney, Pixar, Nickelodeon, the Metropolitan Opera and in major motion pictures.

“I’ve been fortunate to have my students be successful,” Reamy said.

As a guest instructor for the Booth Tarkington Civic Theatre, Reamy will hold two master classes for students, one for grades fifth through eighth and one for high schoolers, from 2 to 5 p.m. on Dec. 19 in Carmel. The sessions are sold out.

“I miss her severely and I still teach her through Skype,” Reamy said.

Although it’s his first visit, Reamy is impressed with what he has learned about the Civic Theatre and the Center for the Performing Arts.

“I think (Civic Theatre officials) think I’m doing them a favor by coming there and it’s the complete opposite. I’m so excited and honored to be teaching there,” Reamy said.

“I just came back from Australia in September and I taught some classes there. This year is my first big step in traveling to do this all over.”

Reamy said he can help prepare students outside New York City for the competition.

“I can give them feedback on a New York City level,” Reamy said. “I give them an inside view and constructive criticism of where they need to be. It’s all about work ethic. I’m really there to inspire them and inspire the work ethic to go into overdrive so they go into the business. It’s tough so me giving them an honest assessment in a fun environment is really a good for educational purposes.

“I’m making sure that high schoolers and middle schoolers in Indiana know they can do it, too, that they can come into the Big Apple and knock them dead.”

Reamy has been teaching for about six years and private one-on-one lessons for three years.