You are at:Home»Current in Carmel»Carmel Community»Traders Point Christian Church expanding to Carmel 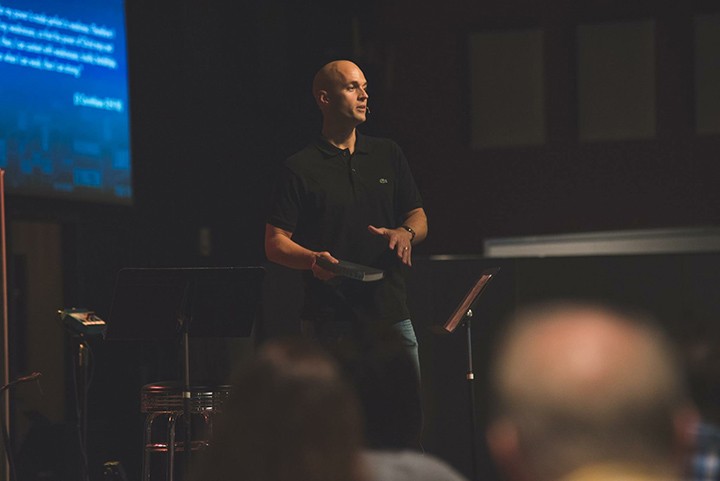 Greg Anderson will be the north campus pastor at the TPCC site in Carmel. (Submitted photo)

Traders Point Christian Church will be expanding with a satellite campus.

The Whitestown church is adding a north location in Carmel. Greg Anderson, who will serve as north campus pastor, said many churches are adopting the concept of one church with many sites.

TPCC North services will be held at 9 and 11 a.m. Sundays in the auditorium of Creekside Middle School, 3525 W. 126th St., beginning Jan. 3. Anderson said the three gyms will be used for youth ministries and the cafeteria will serve as the lobby area. There will be a North staff of six people.

“We’re looking at buying a permanent facility nearby there,” said Anderson, who lives in Zionsville. “We’ll be there for a year.”

TPCC has rented the space from Carmel Clay Schools. Anderson has been a TPCC member for three years but was not on staff until four months ago when he was hired as campus pastor.

Anderson said there are many reasons why churches add campuses, but the main reason is “we want to reach as many people with the hope of the gospel is possible,” he said.

There are three services at the main campus in Whitestown, including one on Saturdays.

“The church is continuing to grow over the last several years, in fact (Dec. 5-6) we had the highest non-holiday attendance ever,” Anderson said. “We don’t want to sit here and have everyone come to us and build bigger buildings and parking lots. We want to go to them. There is a lot of people that live over in Carmel by Creekside that attend here so we thought that would be a great place to start our first campus.

“What this does is it enables them to be able serve more and invite their friends. It allows us as a church to be engaged in another community.”

Anderson said members say they are excited because they can invite neighbors and co-workers who live nearby.

“As a church, we have a vision of multiplying throughout the city,” Anderson said. “It’s our first one and we hope it’s not our last one.”