You are at:Home»Current in Carmel»Carmel Community»Lost class ring leads to book 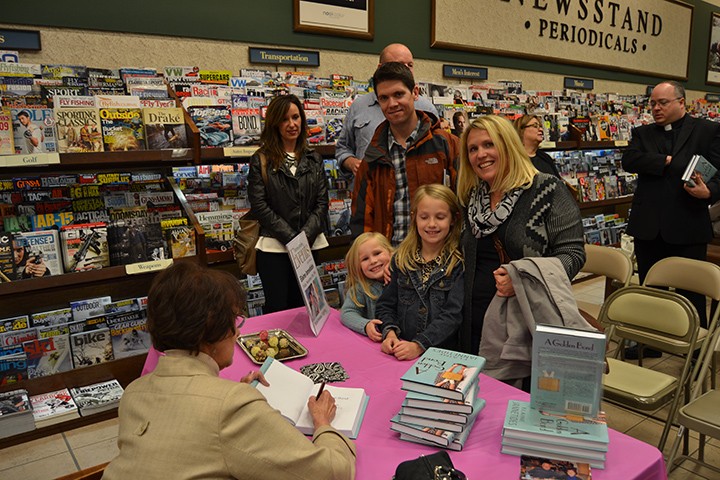 For Elaine Jannetides, the story behind her first novel, A Golden Bond, happened to be inspired by the kindness and thoughtfulness of a complete stranger.

“When I was at work one day, I received a call from someone who was actually trying to locate me, and it was the Shortridge Alumni Association,” Jannetides said. “Apparently, someone had found a class ring, which they thought belonged to me, which had been missing for many, many, many years.”

After searching through Shortridge High School’s 1955 class yearbook, and looking for any other names with “EV” for initials, both Jannetides and the association soon became sure that the ring was in fact hers.

“In the mean time, I found out who it was that found the ring and how she tracked me down,” Jannetides said. “And, I thought, ‘isn’t that wonderful.’”

Through one random act of compassion, Jannetides’ vision for her first novel surfaced. And, after approximately two years, “A Golden Bond” released Nov. 13 at Barnes & Noble Bookfair in Carmel.

“I thought it was quite successful,” Jannetides said. “They had a nice turnout.”

Jannetides’ book is somewhat of a fictional parallel to the experience she had with finding her lost class ring. The story follows Angie Demetrious along with five very different women, from dissimilar walks of life, who all manage to find a bond through Angie’s class ring.

“They were connected in a big way by being in a certain place at a certain time when they happened to connect with the ring,” Jannetides said.

Holy Trinity Greek Orthodox Church came out to the book launch to show support for Jannetides, who has Greek heritage. During the event, visitors could ask for a voucher before purchase to have a percentage of the sale benefit Holy Trinity Greek School.

Jannetides plans to continue writing novels and has her next idea in the works.

“I’m working on something right now,” she said, “but it’s not at a point that I can preview it, yet.”