You are at:Home»Current in Zionsville»Harness maker preferred horse-drawn travel 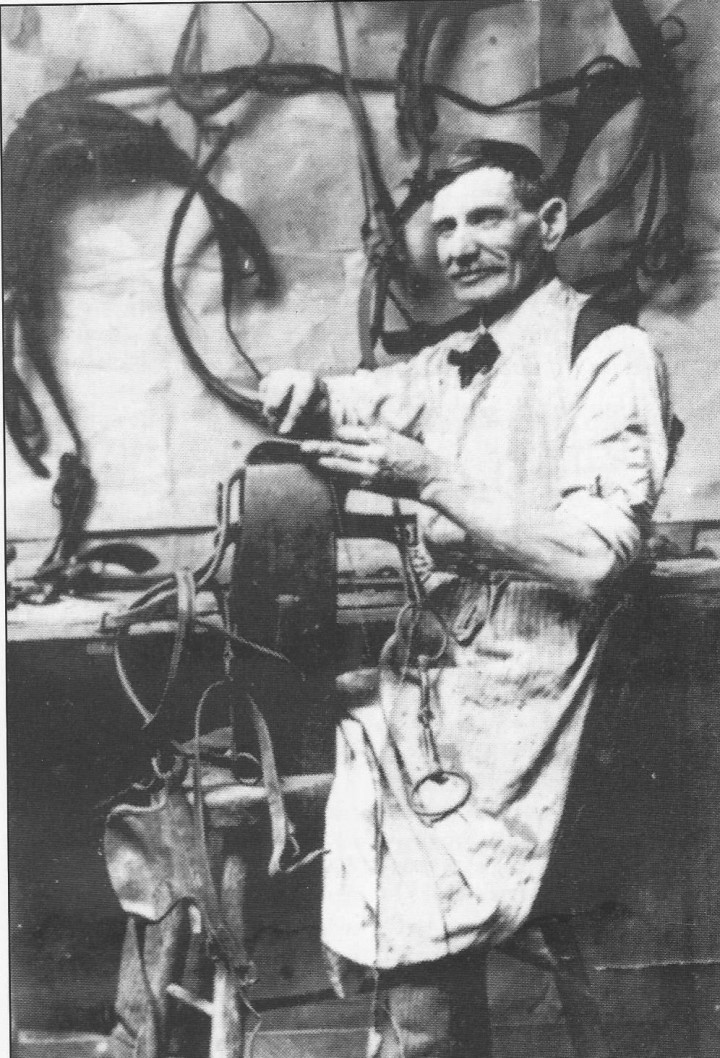 Joe Schenck was a harness maker in Zionsville in the early 20th century. (Photo courtesy of SullivanMunce Cultural Center)

In the pre-automotive age, you needed a horse or mule to travel. That meant the accessories needed for your horse-drawn vehicle had to be crafted. As a result, Zionsville businesses sprung up to meet the demand.

In the 19th and early 20th centuries, harness makers and blacksmiths found plenty of business in Zionsville. One of those specialists was Joe Scheneck, who owned Scheneck Harness Shop on the west side of Main Street, next to the street now known as Cedar.

Although not verified, Scheneck probably was born in the area. Records do show that his father settled here about 1865 after his service in the Civil War.

As a harness maker, Scheneck would cut leather to size from hides to make both plain and fancy harnesses. His typical dress for business was a white shirt, celluloid collar and black bowtie. Plus he wore a leather apron he made to protect his clothing.

Schenck’s peak business was in the spring getting teams ready for the field work. He also sold some hardware and horses. He probably saw the decline of his services sometime in the early 1920s when the automobile gained popularity. To generate additional income, he took on an extra job as one of the town’s first rural mail carriers from the Zionsville Post Office.

During this time, he won a new Chevrolet touring car in a lottery, according to his grandson Herbert Schenck as recorded in “Remembering Zionsville.” “He didn’t like it,” Herbert said, “and sold it right away. People were supposed to drive horses.”