You are at:Home»Current in Zionsville»Winter weather plans in place for Zionsville Community Schools, Town of Zionsville

As the weather outside becomes frightful, school and government officials are prepared with their winter weather plans. 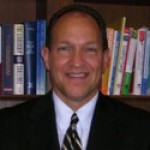 “It is noteworthy that our schools have only experienced a few days of closure per year (some years—none at all) in the past decade,” aside from the unusual winter of 2014, according to Zionsville Community Schools Supt. Dr. Scott Robison via email.

If school is cancelled, the first day will be made up May 27. The Indiana Dept. of Education has approved ZCS’s request to utilize e-days to avoid subsequent make-up days, requiring students to complete assignments electronically during the day that school is cancelled.

Robison noted that e-day plans will vary for elementary students who may not have computer or Internet access on a cancelled day. Those students would be given extra time to submit their assignments.

Robison does not plan to have more than two consecutive days in the e-day format without face-to-face instruction.

“ZCS does not plan to become an online school district, and we believe that a face-to-face day of instruction to assess and recalibrate instruction is essential,” Robison said.

In the event of a longer cancellation, make-up days may need to be added to the calendar in June. School cancellations and delays will be shared via the SchoolMessenger emergency notification system.

The Town of Zionsville has the same plans in place as previous years and salt trucks have already been on the road for the first snowfall.

“Our goal is not to have clear streets,” said Lance Lantz, superintendent of street/stormwater services. “Our goal is to have safe streets.”

Lantz said there must be a minimum of three inches to plow the culs-de-sac in town, because – with 167 of them – it takes longer to clear them than all of the other streets in town. Recognizing that three inches of snow can be reasonably navigated the streets department will leave the snow alone with one caveat: temperature.

“Arctic temperatures would make that snow difficult to drive through,” he said.

“It generally takes two to three inches on the roads before we start plowing efforts,” Lantz said.

Generally the town goes through 1,100 to 1,200 tons of salt each season, but lacks the space to store more than roughly a third of that amount.

“We have to manage our storage,” Lantz said. Salt is reordered as needed which generally isn’t an issue. “In the most dire of winters that can become problematic,” he said, if there are weather-related delays between the supplier and Zionsville.

The town is on pothole patrol throughout the winter and will repair any reported issues as soon as possible.

The chance that weather will impact town businesses enough to close is very slim. “It’s very much business as usual for us and most public works department,” Lantz said.

To help the street department keep roads safe during snowy and icy weather: