You are at:Home»Current in Westfield»Westfield man publishes autobiography 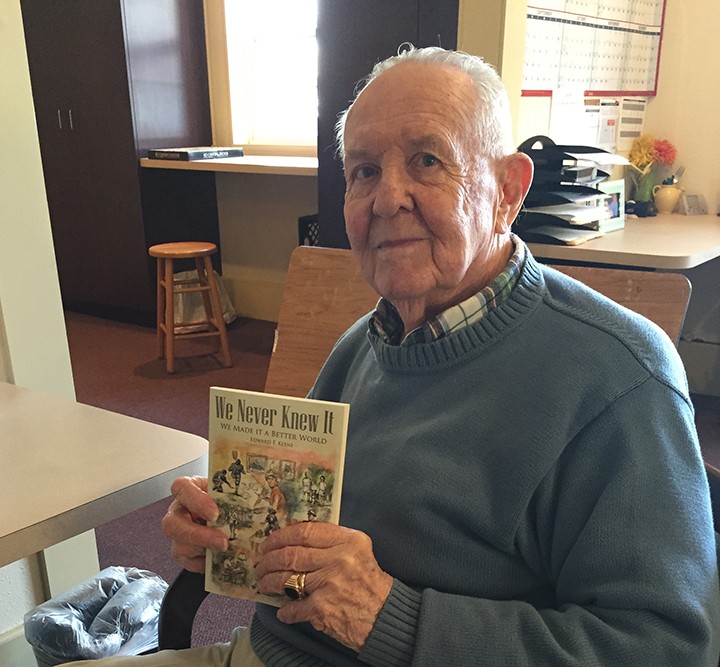 A lifetime of experiences led to the inspiration of Edward Keene’s autobiography, “We Never Knew It.”

The Westfield resident began writing the book that told of his life experiences 25 years ago when he retired, but then the story lay dormant. The book was put away until one of Keene’s daughters took a job with a book publishing company and he seized his chance. The story took three months to finish.

“The whole book is about how (my generation) made it a better world,” Keene said. “Then I went on in epilogue to write about what my kids had accomplished and how they were making this a much better world. The book is all about going from a terrible beginning to a much better ending and how we can go from bad to good.”

Although it is an autobiography, Keene said his story reads like a novel due to elements of romance, heartbreak, success, murder and closure. He said he wrote the book to show that a bad beginning can lead to a good ending and inspire others to do good things.

“It describes the thirties and forties in great detail,” Keene said. The book takes place in western and central New York and details the Great Depression followed by World War II.

Keene will be holding two book signings, Dec. 12 at the Westfield Washington Public Library and Dec. 19 at the North Ridge Retirement Home, both starting at 2 p.m.

Keene said one of his most prized possessions is the portrait of him on the back cover of the book, which was painted by his son.