You are at:Home»Current in Geist»Greek’s Pizzeria serves Geist 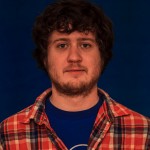 Another opportunity for pizza has just made its way to Geist. The Indiana chain Greek’s Pizzeria just expanded its reach near the reservoir at a new location at 11725 Fox Rd. With popularity from the Fishers location, Greek’s at Geist Lake seemed an ideal addition to the family and they’ve been quite busy since their opening in November.

“I think a lot of people familiar with mainly the Fishers location because that’s not that far from this Geist location,” Greek’s at Geist Lake manager Sam Shafer said. “We’re finally getting control of everything. We’ve been really busy; a lot busier than we thought we would be.”

Originally having a location in Warsaw, Shafer said the owner of Greek’s at Fishers didn’t like handling the Warsaw location. This prompted the Geist Lake location.

The original plan was (the owner) had a Greek’s up in Warsaw and that was his first store,” Shafer said. “The problem was he moved down to Fishers. So he basically moved the Warsaw store down to here, so that’s what the Geist store is.”

Shafer said people seem to know the name better in the area, which allowed for such a positive response.

The Geist location will be identical to the Fishers location aside from offering sandwiches.

“The only difference in Geist is we are not doing sandwiches, so pizza, pasta and salads,” Shafer said. “We haven’t decided if we’re going to do (sandwiches) or not at this location. “

For delivery in the Geist area, general jurisdiction falls to the North up to 96th Street, to the West over to Hague Road, to the South down to 56th Street and to the East over to Carroll Road.