Crew Carwash is in growth mode.

Crew intends to hire approximately 100 new full- and part-time employees, including management, in the coming weeks, spread out throughout all of the locations, Crew Carwash recruiting manager Tom Wiederin said. 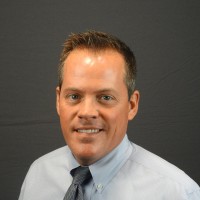 There are six Crew Carwash stores in Hamilton County, two each in Noblesville and Carmel and one each in Westfield and Fishers.

“Our customer demand is up considerably over last year and as a result we’re adding staff to the stores,” Wiederin said.

Crew Carwash has seen year-to-date same-store sales increase 22 percent compared to 2014, which was a record-breaking year for the company.

The new hires, including part-time high school students, will now earn a starting wage of $10 per hour, an increase over $8.35.

“The economy, specifically in the service industry, is competitive in terms of hiring employees,” Wiederin said. “I see it living Carmel, right now everybody is hiring in the service industry, whether it’s retail and restaurants or gas stations. That’s what prompted us to look at our wages. We made the decision to raise our starting wage to $10 to make sure we can keep up with customers expectations.”

It recently celebrated its first anniversary as Crew after formerly being known as Mike’s Carwash in central Indiana.

In addition to the launch of a $4 million carwash in Brownsburg in December 2015, Crew also plans to break ground on three new Central Indiana stores in 2016.

Crew also offers a tuition assistance program for college students, providing up to $2,500 per year, a benefit that is paid directly to the student. Wiederin said that is another way to set the brand apart.

Crew is seeking applicants for all positions: full-time and part-time associates, managers and evening cleanup. Interested candidates should apply at crewcarwash.com.