You are at:Home»Current in Carmel»Carmel Community»CHS junior Ayon Mitra among the few to earn perfect score on ACT 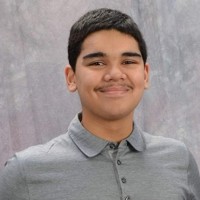 Many students end their standardized testing with a sigh of relief, but for Carmel High School junior Ayon Mitra, the feeling turned to shock when he learned his results.

Ayon earned the highest possible ACT Composite score of 36, which puts him in a less than one-tenth of 1 percent category of students who accomplish this nationally. Out of the test takers in 2015, only 1,598 of more than 1.92 million students earned a perfect score.

“My goal was to do the best I could,” Ayon said. “The nature of the test is to not know your results until you get them back about three weeks later, so I was surprised.”

The ACT includes English, mathematics, reading and science tests with each exam scored on a scale of 1 to 36. Students score based on the average of the four test scores.

The Carmel Clay Schools board of trustees recognized Ayon for his achievement at the Nov. 23 meeting.

“It’s an amazing accomplishment, and we’re very proud of him and what he represents,” said John Williams, CHS principal.

Studying in preparation for the ACT is important, and Ayon enjoyed having his mother, Rupa Mitra, mentor him throughout the process.

“She found me resources and helped me find my mistakes in some cases,” Ayon said, “She taught me how I could help myself improve.”

Along with his friends, Ayon has set up geography and sociology clubs at CHS. He also enjoys tutoring students in math. He has a love for science and social studies and believes his future will include further study in these fields.

“I like to learn about the interaction between people and science because of the impact it has on human welfare,” Ayon said.

With another year in school to go, Ayon is still determining what his future holds. But the results of his ACT score should prove to be helpful in his education journey and future career.

“My advice to students who are interested in a perfect score is to concentrate hard in school,” Ayon said.