The Carmel City Council voted 4-2 on Dec. 7 to approve an $8 million bond to help pay for infrastructure improvements needed to construct a $60 million mixed-use development at the former site of Party Time Rental. The land sits on a grade that isn’t at street level, necessitating many infrastructure changes.

The Anderson Birkla development, called The Proscenium, is on 6.5 acres at 1212 N. Range Line Road across from the Kroger grocery store. The project includes underground parking and several buildings for apartments and office space with retail offerings on the first floor. The buildings will face a center community green with a brewery-style restaurant adjacent. A promenade walkway will led visitors past retail offerings. 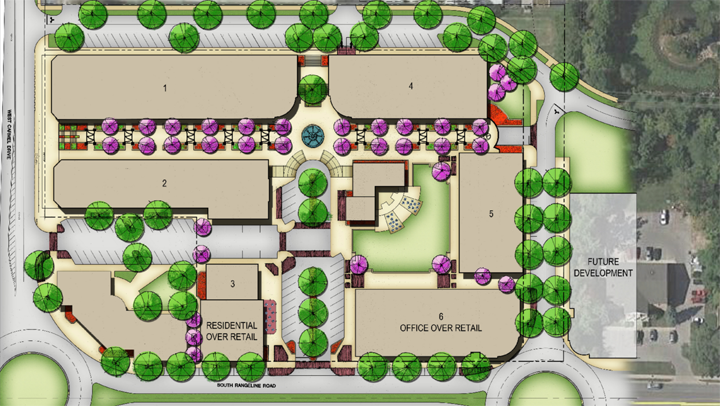 Seidensticker said he didn’t feel comfortable voting for the bond because the Carmel Redevelopment Commission already agreed to sell the land to Anderson Birkla for $50,000 even though the CRC purchased the property for $3 million in 2009. As a result, he said Anderson Birkla is already getting a deal and doesn’t need additional incentives.

“Why do we have to give away the store?” he said. “I want to see these developers have some skin in the game.”

The bond would be backed by the developer, which means the city would have less of a risk associated. Tax increment financing, which is a way to capture increases in property taxes to support public improvement, would be used to pay off the bond.