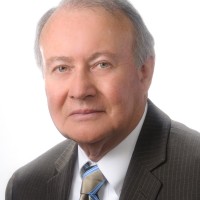 Dan Byron has long been a major defender of freedom of press and speech. And as the 2016 election year nears, he is busy working with members of the media to televise debates for major statewide races.

Byron, a partner with Bingham Greenbaum Doll LLP, is president and chairman of the board of the Indiana Debate Commission. The Carmel resident was one of the founding members of the commission in 2007 and has been general counsel for the Indiana Broadcasters Association since 1997.

The IDC’s debate committee works to set up moderators and formats for statewide races. Then, the venue committee searches the state for the best debate locations.

“Obviously Indianapolis is always one involved, but we try to catch all four corners of the state,” Byron said. “I think we’ve done a pretty good job of that in the past.”

The planning is just starting for 2016. Byron said there will be at least two debates each for the U.S. Senate and Governor general election races, but he said he hopes for more than that.

“Last time we did three debates for the governors race, so we may have more,” Byron said. “We may have some primary debates, too, as far as the interest that may be involved.”

One is typically a TV studio debate and the other would be a debate in front of a live audience of 150 to 300 people.

“We don’t want to have ‘gotcha’ moments or personal attacks on any of the candidates running,” Byron said. “We’re more issue oriented. We want people to tell us positions on issues.”

“But we’re committed to both,” he said.

In 2008 Byron became the only non-broadcaster to receive a Lifetime Achievement Award from the group for meritorious contributions.

“This is my 53rd year in practicing law, and for most of that time, at least for the last 40 some years, my primary responsibilities have been with regard to media law,” he said. “As part of that, I’ve taken a shine to the First Amendment. I’ve gone overseas with the International Senior Lawyer Project for the same purpose, to open up countries to the most robust debate opportunities or discussion opportunities.”

Byron and his wife, Lynne, have two sons, Michael, an attorney who works as vice president of development for Pedcor Companies and lives in Carmel, and Craig, a professor at Mercer University in Macon, Ga.