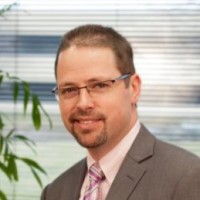 The Boone Co. Highway Dept. is hoping to receive federal dollars to fund a rehabilitation project for the 60-year-old Sycamore Street Bridge over Eagle Creek in Zionsville.

The proposed project includes removal and replacement of the bridge deck, new railings and bringing the structure up to modern standards, according to Craig Parks, Boone County highway engineer.

To get the process started, Parks recently submitted a “letter of commitment” to the Indianapolis Metropolitan Planning Organization requesting funds for this project, which is expected to begin sometime between 2019 and 2021. The MPO is responsible for distributing federal highway funds to qualifying projects within its boundaries.

“All of Zionsville is in the MPO, and so that’s why (the bridge) is within the MPO, and that’s why we’re going after it,” Parks said. “That’s the only way we, as a municipality, can actually get federal highway dollars.”

Parks has requested approximately $1.2 million from the MPO, while the total cost is expected to be around $1.8 million. According to Parks, Boone County has already successfully set aside its share of the estimated remaining cost. Indiana code requires county governments to be responsible for inspecting, maintaining and reconstructing all vehicular bridges within the county. There are 289 bridges in Boone County.

Boone County will compete with several other entities for MPO funding on a 100-point scale. Factors in the rating include whether the bridge is structurally deficient or not, the type of roadway and the amount of traffic that passes through the area.

Regardless of whether or not the project receives funds from the MPO, the next step in the process is to sketch out a plan.

“We would hire an engineering consulting firm to do the design,” Parks said. “That would include the design, the survey, and the environmental documentation.”