You are at:Home»Night & Day»Entertainment News»Actors Theatre of Indiana presents ‘A Year with Frog and Toad’ in Carmel 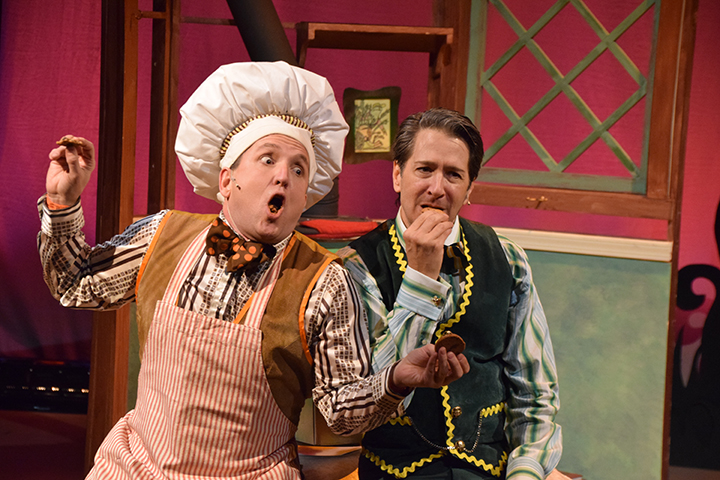 One of the main reasons why “A Year with Frog and Toad” has become a staple of Actors Theatre of Indiana productions is it’s not only a crowd favorite but a favorite of ATI co-founder Don Farrell.

“It’s one of my favorite musicals, pretty much of all time,” Farrell said. “It’s special to your heart. It’s written very well. It’s true to the story. It’s a delight. Kids enjoy it. Adults enjoy it.”

Farrell, one of three co-founders of ATI along with Judy Fitzgerald and Cynthia Collins, plays Toad. Fitzgerald will direct and Collins will direct the choreography. The Actors Theatre of Indiana will present “A Year with Frog and Toad” from Dec. 11 to 27 at the Studio Theater in The Center for the Performing Arts in Carmel.

Farrell said ATI has performed the musical off and on since 2006.

“Bradley is a Broadway producer and he’s coming back and reprising his role,” Farrell said. “He’s very good friend of mine.”

The late Arnold Lobel wrote the Frog and Toad series. His daughter Adrianne Lobel, a scenic designer helped design the sets for the show when it debuted in Minneapolis in 2002. Adrianne commissioned the musical based on her father’s characters.

Farrell said the show provides good lessons for children without being preachy.