You are at:Home»Current in Zionsville»Central Christian Church in Lebanon selected for Sacred Places restoration program 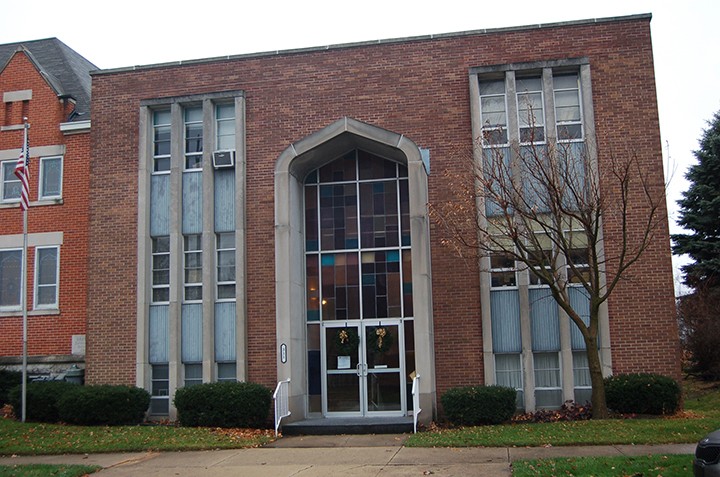 Central Christian Church in Lebanon is hoping to make updates to its education wing to become more energy efficient. (Photo by Heather Lusk)

Central Christian Church in Lebanon is one of 10 aging churches in the state to be selected as part of a pilot program to help restore old houses of worship.

Indiana Landmarks selected the churches as part of its Sacred Places in Indiana initiative, funded through a $1.2 million grant from Lilly Endowment Inc. The program is designed to help church leaders identify strategic and community partners before applying for grant funds.

“The whole Sacred Places thing has been a godsend,” said senior pastor Brad Miller, who learned about the program through a parishioner involved with Indiana Landmarks. The church built on its current location in 1904 has a sanctuary “in great shape,” according to Miller. But the challenge is a three-story education wing built in the ’50s with original windows and boiler.

“Our education wing needs to be more energy efficient,” he said. “If we could save on energy, we could put a considerable amount of (that) money into ministries.”

Miller expects that they could save thousands of dollars each year in energy costs with improvements to the building.

“There’s a lot of churches this age that are really, really struggling,” said Miller, who added that their congregation numbers have declined in recent years. “We’re not struggling like some churches are, but we could do a lot more with efficiencies.”

Congregation leaders have attended their first training session out of four over the next six months. The first session taught church representatives how to present their case to outside agencies such as granting institutions and other potential financial partners.

“Not just religious organizations,” said Miller, “but those interested in historic development and restoration.”

Each of the 10 churches selected will receive training in fundraising and community building.

“This is where we want to be,” he said. “We want to be here for the community.”

The other churches selected for the program are in Terre Haute, Muncie, South Bend, New Albany, Gary, Columbus and Indianapolis.