You are at:Home»Current in Carmel»Carmel Community»WHS grad and Brebeuf student compete and win in the United States Equestrian Federation’s Young Rider Team 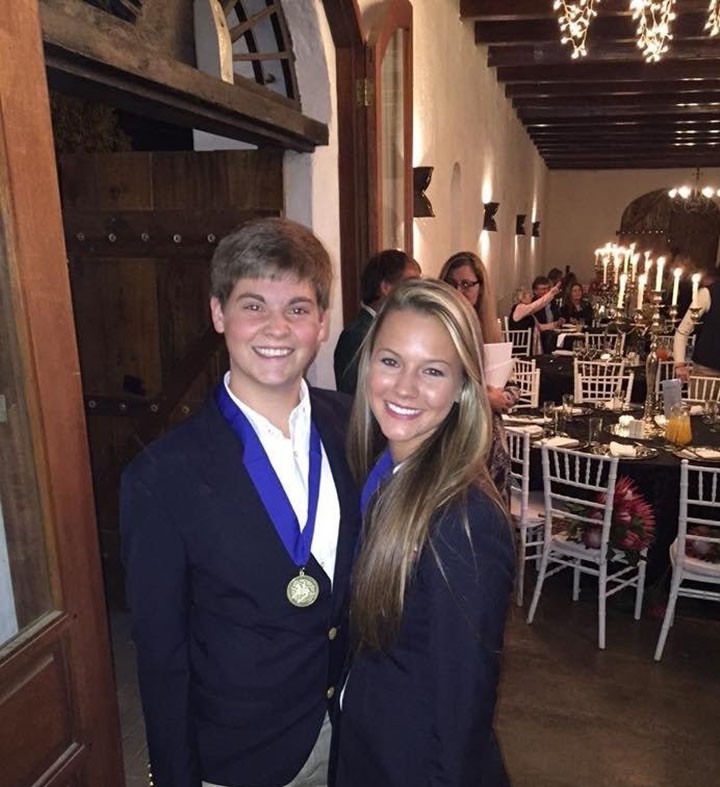 Teammates Matt Huke, Westfield, and Faith Robbins, Carmel, recently returned from Cape Town, where they competed in the United States Equestrian Federation’s Young Rider Team. Yet they didn’t just bring back worldly experience but gold medals in all three of their divisions as well.

The competition involved Huke, Robbins and the remaining four members of Team USA to ride horses they had never ridden before at three gaits – walk, trot and canter.

“This competition was truly about riding as a team. Each team member must compete to their best ability so that collectively the team has high scores,” Robbins said. “Each rider receives scores for their rail work and scores for their pattern. In order to win the gold medal, each rider needs to get high scores on both.”

Two days before the competition started, the team was able to draw their horses and practice with them the next day. Although, that didn’t necessarily mean they rode that specific horse. The coaches evaluated the practice and picked which horse best fit each rider.

Robbins, 16, has another competition coming this November, and Huke, 19, wants to continue competing as well.

“I plan to continue competing as an adult, in what’s known as the amateur division. Horses will always be a part of my life, no matter what,” Huke said.  “My goal is to one day own and operate my own Arabian horse training facility. Riding the Arabian horse was, is, and always will be my passion, and I can’t imagine doing anything else in my life.”

“I am grateful for all of the exceptional teaching and coaching that I have received throughout the process and appreciate the rider that it has helped me to become,” Robbins said. “One of the unique lessons I learned was how to turn a mainly individual sport into a team sport, but most of all, I made lifelong friendships which mean the world to me.”