You are at:Home»Current in Zionsville»Village Residents’ Association tree tradition returns 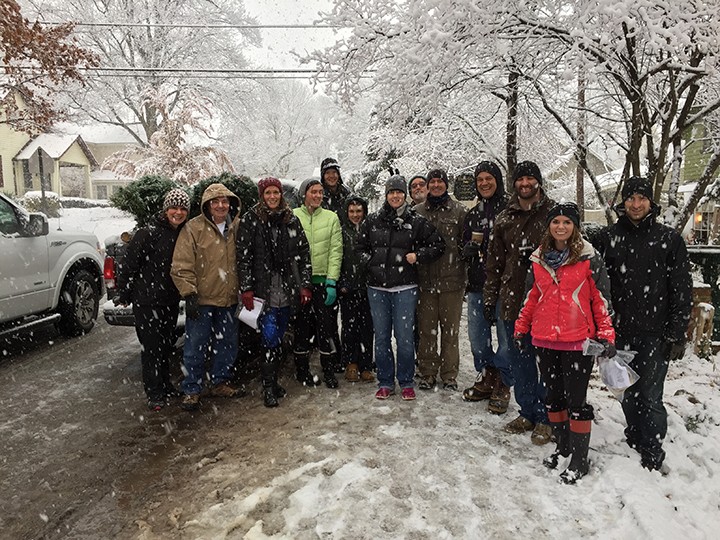 Several volunteers from the Village area volunteered their time to deliver and set up 41 trees. (Submitted photo)

After a one-year absence, the Zionsville Village Residents’ Association’s tradition of putting out fresh-cut Scotch pine Christmas trees in front of their homes and businesses has returned.

“We had a great response this year,” said Jane Forbes, a village resident who coordinates the tree sales with Erika Singler. “I have no idea what happened last year.”

For whatever reason, there not enough ordered (less than 50) to continue the tradition in 2014.

Forbes said they were shooting for an order of 50 trees to continue this year and 78 were ordered.

“This is one of our biggest years if not the biggest,” Forbes said. “Each year we hope it gets bigger and bigger.”

The trees were delivered Nov. 21.

“I used to live in the Chicago area, and we did this where I live,” Forbes said. “So when I moved here, my aunt and I started it here. That was 10 or 11 years ago.”

Residents decorate the 5- to 7-foot trees, mostly with lights.

Forbes said she is pleased the tradition is back on.

“There are a lot of great people involved. It’s a fun little tradition that we started,” Forbes said. “It’s simple, and people enjoy it.”