You are at:Home»Current in Zionsville»Throwback game to honor rich basketball history in Thorntown, Boone County 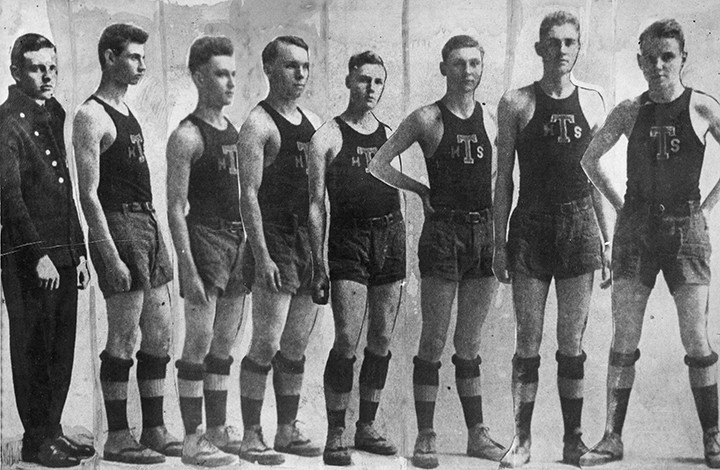 Few things go together more naturally than basketball and Hoosiers. Thorntown, part of the original “Cradle of Indiana Basketball,” is looking to pay tribute to its most historically significant team in a 100th anniversary event.

And how does Thorntown, with a population of less than 2,000, pull it off? With a throwback game between Zionsville Community High School and Western Boone High School this month. Designed to emulate the feel and spirit of the 1915 state championship team, the event will feature retro player and cheerleader uniforms, special recognition for former team members including cheerleaders and coaches and more.

“We are very proud of our history and the history of the five schools that made up Webo,” Western Boone Athletic Director Jason Mulligan said. “There were a lot of great athletic accomplishments achieved by those schools, and we try to honor and celebrate them.”

After its 1915 Championship win, Thorntown experienced a variety of smaller accomplishments throughout the years, including an appearance at the 1919 final four at Purdue University. Thorntown would find itself consolidated into the Western Boone school system in 1974.

“The Western Boone Community is a tight knit family,” Mulligan said. “It is neat for me to be able to celebrate such a great accomplishment. Having been a player and coach at the high school and collegiate level in Indiana, it is very exciting to be a part of a tradition like this. Any opportunity to honor history is awesome.”

Event organizers are also hoping to collect donations for a series of informational signs to be placed around the town promoting the town’s basketball history and local businesses. The goal is $1,000, with the first donation being made by Indiana Basketball Hall of Fame inductee and former Thorntown player John Robbins.