You are at:Home»Current in Carmel»Carmel Community»Carmel’s Michael Feinstein to entertain Hoosiers at Indiana Society of Chicago Foundation event 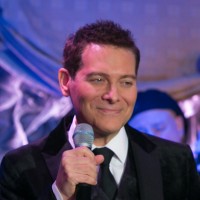 Carmel resident Michael Feinstein, artistic director of the Palladium, will headline the 110th anniversary dinner of the Indiana Society of Chicago Foundation, a 110-year-old organization for people with Hoosier ties living in or around Chicago.

“It started with people who left Indiana and traveled to Chicago to make their fame and fortune,” said Dollyne Sherman, a spokesperson for ISOCF. “They loved Indiana and wanted to keep this connection to it. So, these Hoosiers would gather in Chicago for social fellowship. It became a party with a purpose.”

Proceeds from the anniversary dinner will fund scholarships for Chicago-area students attending schools in Indiana. The event will also include a special recognition of University of Southern Indiana.

Feinstein spends part of his time in Carmel but is often on the road traveling for work. Feinstein was born and reared in Columbus, Ohio. He said he feels living in Carmel keeps him attached to his Midwest roots.

“It’s the place that balances me. To get a sense of self, I have to come back to Indiana,” Feinstein said. “One of the things I love about Carmel is the excitement everyone feels at the expansion of the community in that it’s growing in a beautiful way.”

The black tie event will be held at Fairmont Hotel in downtown Chicago. This year’s Hoosier of the Year will be former Indiana Supreme Court Chief Justice Randall Shepard. Feinstein will perform music centered around the Great American Songbook with an Indiana connection.

“There have been a number of important songwriters from Indiana, most notably, of course, Cole Porter and Hoagy Carmichael,” Feinstein said. “It’ll be fun to do this material in the context of this amazing tradition.”