You are at:Home»Current in Zionsville»Whitestown brothers battle rare kidney disease 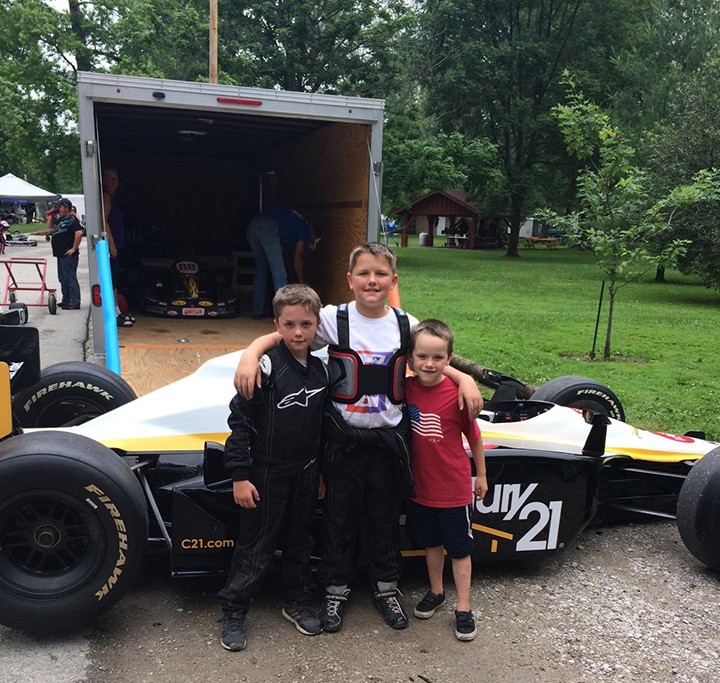 Like other boys his age, 12-year-old Eli Fox is interested in sports. He wrestles for Lebanon Middle School, plays soccer and recently received his second go-karting championship ring from the Southern Indiana Racing Association.

What’s unusual is that Eli and his brother, Isaac, 9, have an extremely rare genetic disease known as ARPKD – autosomal recessive polycystic kidney disease – occurring in approximately 1 in 20,000 individuals.

Although parents Jamie Fox and his wife, Morgan, are each carriers of the recessive gene that causes ARPKD, no one on either side of the family has ever had it. Doctors at Riley Hospital for Children told the family that out of their 12 patients with ARPKD, two of them are Fox children.

“The disease is inevitably going to shut down their kidneys,” Jamie said.

Both boys will eventually need liver and kidney transplants and will be put on a transplant list when their kidneys begin to show signs of deterioration, but doctors are optimistic about the boys’ future.

In the meantime the boys are on oral medications and semi-annual doctor visits, but the Fox parents agreed that they would let very little stop their kids from doing the things that other kids do. “They were born with this, that’s all they know, they won’t let this slow them down, and we won’t either,” Jamie Fox said. “It’s one of those deals where you can’t keep them in a bubble.”

Isaac is following in his brother’s racing footsteps along with third son Ezra, 7, who does not have ARPKD.

Every September the family participates in the PKD Walk to show support and raise awareness for all of those struggling with the disease.

“Going to Riley all these years, we’ve seen a lot of kids less fortunate,” Jamie said. “It makes it hard to feel sorry for yourself.”