You are at:Home»Current in Carmel»Carmel Community»Darren’s Ballroom reality show looking for network home 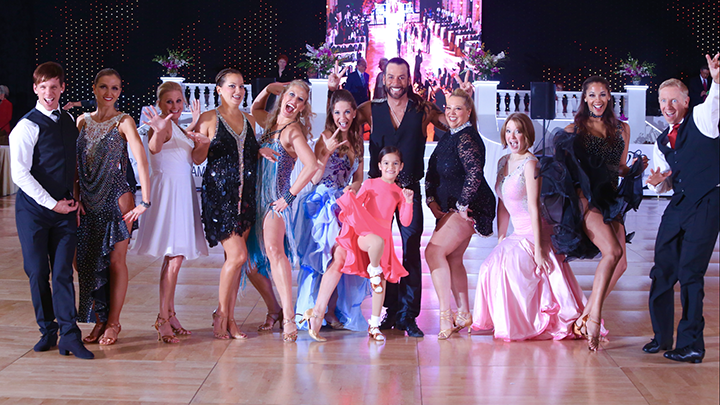 Cupp said he is in negotiations with three networks to sell the six-episode reality series he produced with a film crew. Cupp said Sony has shown interest but declined to name the others.

“It’s a whole season following my dancers for the last three months,” said Cupp, who owns Darren’s Ballroom Dance Studio in Carmel. “We’re still in the post-production process so it’s being edited right now. You’ll get to meet all the cast members and get to know about their lives. You’ll watch them rehearse and get ready leading up to the Grand Nationals.”

The final episode was shot at the Grand National DanceSport Championships in Miami Oct. 29 to Nov. 1.

Cupp said all of his students received at least one first place award.

“They all got first place in almost every dance that they did,” Cupp said. “We definitely did better this year than any year in the past. I think it’s attributed to them working hard. Being shot for reality show had something to do with that. It pushed everyone a little harder.”

“Gabriella is the youngest competitor I’ve ever competed with,” Cupp said.

Cupp, whose studio is at 16 W. Main St., said most of his show was filmed in the Carmel Arts and Design District.

“A lot of businesses in the Arts District got involved,” Cupp said. “We did a Wine and Canvas. We did a mosaic class at the ArtSplash Gallery. We had dinner at Muldoon’s.”

Cupp’s dance studio was one of the studios followed by a Fox Life crew for show called “Dance Dreams” earlier this year. They filmed a special show for Cupp’s dancers in Cancun. Cupp said he doesn’t know when the “Dance Dreams” series will air.