You are at:Home»Night & Day»Entertainment News»Creekside Middle School in Carmel to present ‘Aladdin Jr.’ on stage Nov. 19-21 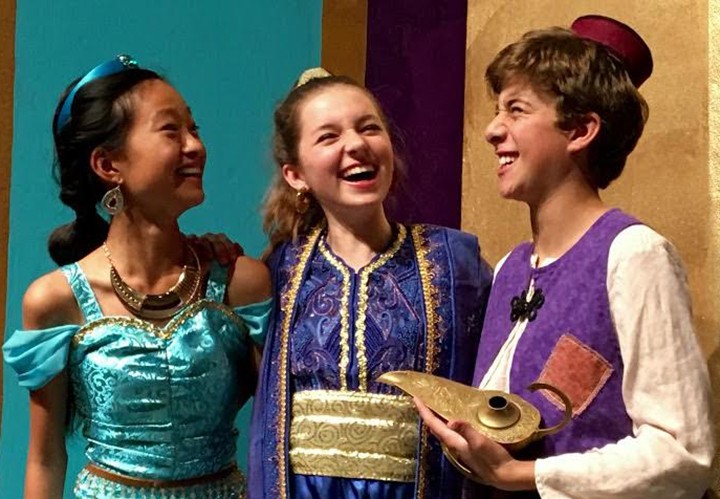 Ethan Gold had his mind made up when he learned Creekside Middle School’s musical was going to be “Aladdin Jr.”

“I was very set on wanting to be Aladdin,” Gold said. “When the final cast was announced, I was just excited because I think it’s such an iconic role.”

“I grew up watching the movie over and over,” Gold said. “It was one of my favorites.”

Elle Nichol, an eighth-grader, plays the role as Genie.

“I love the Genie because she’s so funny and she gets do that she wants to do,” Nichol said. “She’s so powerful. She can grant anybody’s wishes. It’s a fun role to play.”

Nichol performed in the Christian Youth Theater’s “Aladdin Jr.” as a dancer in 2012.

Chendi Liu, an eighth-grader, will play the role of Jasmine, one of her favorites of the Disney princesses.

“It shows just because you have everything materialistically doesn’t mean that you have a good life,” Liu said. “She is very unhappy with her life. She wants freedom.”

Nicole Johnson, who is a co-director with Sam Moody, said the challenging part is it’s a magical show that everybody knows.

“People know what Jasmine looks like and they have a vision for what her costume should be,” Johnson said. “They know what the Genie can do in the movie so all that tech, costume and set design is a lot more difficult than we’ve experienced in the past. The kids are amazing. Anything you ask them to do, they think they can do it. We’re asking them to sing in three- and four-part harmony and they’re doing it. We’re pleased with their work ethic and drive.”

Tickets are $6 for adults and $4 for students, and are on sale at Creekside’s bookstore.