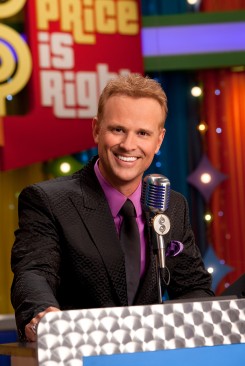 Hoosier Park will be welcoming many to Come on Down.

“The cool thing we get is that most venues that book this live show get a random host,” said Adam Kallick, Hoosier Park director of entertainment. “We formed a good relationship with George Gray. He is the actual announcer on the show with host Drew Carey. George is very funny so he gets a lot of air time, a lot more than some of the former announcers on the show. George doesn’t do these live shows very often.”

Kallick said he is looking to bring the show back in 2016 and would like to make it an annual show.

The audience can register before the show, starting three hours before show. Contestants are then selected at random drawing.

“The only difference from the TV show is the contestants that get called up to contestants’ row don’t remain there the entire show because they want as many people involved as possible,” Kallick said. “So if four are called up, one who wins the bidding process is called up and the others get a gift pack and go back to their seats. They want to engage more people into this show.”

Kallick said show uses the games, Plinko Time, The Big Wheel, Cliffhangers, that are on the TV show.

“Last year we had someone win a complete paid vacation to Las Vegas,” Kallick said.

Hoosier Park will add some gift drawings so there are more winners.

“People dress up like they do for the show so it makes for a fun atmosphere,” Kallick said.