You are at:Home»Current in Carmel»Carmel Community»Carmel High School actors share roles in ‘The 39 Steps.’ 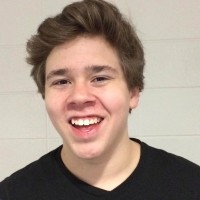 Everyone gets their shot.

“We’re calling it a company approach. The idea is there are 19 actors playing 150 different characters,” Peterson said. “They say from the film there are 150 characters, but there are not 150 speaking parts. We have them play all the leads, but things like furniture, the dog, the sheep and they play the car police chase them in.

“The main character, Richard Hanna, has a hat and coat and whoever is playing him has the hat and coat. It’s the one who gets accused of murder and has to clear his name. I hope the audience is going to follow it.” 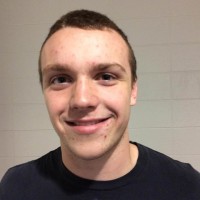 Sophomore Eric Bembenek said he’ll play a character in one scene and then a different actor will play the same character.

“It’s a fun show and has a lot of twists and turns,” sophomore Eric Bembenek said. “It’s kind of confusing but it adds to the humor to it.”

Senior Michael Davis said his work with Comedy Sportz, an improv group, helps with this play. Davis plays Hanna and one of the villains. 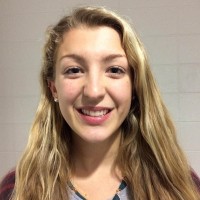 “I’m used to it because I play unscripted roles with my improv group,” Davis said. “So I’m used to jumping around and switching characters.”

Davis said he helps explain what will happen to the audience before the play.

Senior Kate Milazzo said it’s a different kind of theater than most are used to seeing.

“We all get to play these fun, interesting characters,” Milazzo said.