You are at:Home»Current in Carmel»Carmel Community»Kids can earn a free ticket to theater show through Palladium Pals book program

A new program is encouraging children of all ages to engage with the theater through books and earn a free ticket along the way. 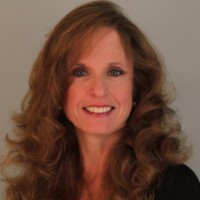 The Palladium Pals program, which runs through the Center for the Performing Arts 2015-2016 season, encourages kids to read age-appropriate novels, culminating in a simple open-ended quiz. Participants who submit a response demonstrating they’ve read the book will receive free student admission to any show from a selected list of performances.

Each book is tied in a way to the list of performances available to participants. Martin Russell’s “The Mysteries of Beethoven’s Hair” is tied to the Royal Philharmonic Orchestra with Pinchas Zukerman in January.

“I think any time you have a bit of familiarity, it helps with the enjoyment,” Palladium Community Engagement Manager Julia Shildmyer-Heighway said. “It’s not a requirement, but I think it adds to the experience.”

The program is split into three age groups, including babies and children up to six years of age, six-year-olds to 10-year-olds, and 11-year-olds to 15-year-olds. Questions are also categorized by age group.

“For the babies and toddlers, there are very basic questions,” Shildmyer-Heighway said. “There is definitely a correct answer. It’s to get the parents and the children to talk about the book. As you get into the teens, any answer is acceptable because they’re more open-ended.”

Other free concerts slated as rewards in the program include Frank Sinatra, Jr., the National Circus & Acrobats of the People’s Republic of China, the SFJAZZ Collective’s Music of Michael Jackson, and more.

For more information on how to participate and make submissions, go to thecenterfortheperformingarts.org/ReadingInitiative.