You are at:Home»Current in Fishers»HSE Senior creates religious panel 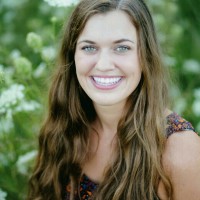 Hamilton Southeastern senior, Maggie Tienhaara, has created a panel of religious experts to speak on the similarities between the three Abrahamic religions — Christianity, Judaism and Islam. The panel will be held at HSE in the Little Theatre at Door 3 on Nov. 12 at 7 p.m.

“This panel has been in creation for about a year or so. The whole purpose of the event is to promote friendship, goodwill and understanding among people of different faiths. Through this we’re focusing on the Abrahamic faiths – Christianity, Judaism, and Islam. Each one of these faiths has their each individual customs and beliefs, but in the end they’re all similar ideologies. We all have this fundamental of loving each other. I thought that was something the people of Fishers needed to know especially with everything going on in the world,” Maggie said.

“Throughout my whole life, I grew up in a Christian household. I never knew the fundamentals of Islam or Judaism. So, I thought they were completely different faiths, and they worshipped a completely different God. I never really understood we all came from the same roots – Abraham. After I took a religion class, I realized I had a misunderstanding about other religions. After discussing this with my friends, I realized a lot of people have this same kind of feeling,” Maggie said.

The event is open to the Fishers community not just students at HSE.

“I really want people to understand that we need to create these connections with people of other faiths because that’s how the world is going to move forward. The whole purpose is to get people to start discussing their faiths with other people. I’m hoping this event will be a jump start for this kind of movement, both in my school and the community,” Tienhaara said.