You are at:Home»Current in Fishers»Fishers council approves 2016 budget 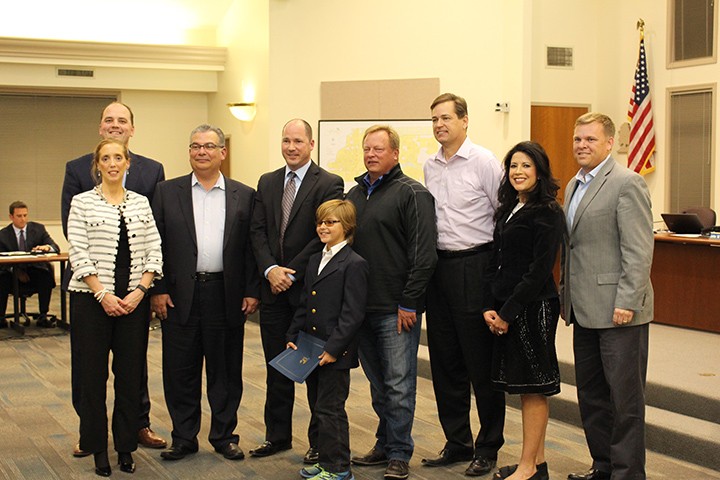 What Happened: Fishers Police Department announced the addition of two new officers to their team. Officers Michael Burke and Eric Freeman were sworn by Chief George Kehl in front of the council.

Why it matters: Fishers police department has grown a substantial amount over the last decade. With the addition of two new policemen, the accredited department now has 101 sworn officers.

What Happened: 9-year-old Ethan McKinney of Fishers was presented before the council and recognized by Mayor Scott Fadness for his bravery, determination and philanthropic spirit during his medical journey. McKinney had a condition where he had an extra blood vessel in his heart that had to be surgically removed.

Why it matters: McKinney was one of eight individuals selected as a 2016 Riley Champion presented by Kroger by demonstrating strength and perseverance

What happened: The 2016 Fishers city budget was approved by council.

Why it matters: The total operating budget is approximately $62 million with an operating capital income of approximately $6.9 million totaling at $69 million for the 2016 year. Comparing expenditures per capita to surrounding municipalities, Fishers was the lowest compared to Carmel, Westfield and Noblesville, at $1,245.46 per capita. Property tax rates are to slightly increase by 1.6 percent, returning to the previous rate from 2014 at $0.63 per $100 of assed value making Fishers still one of the lowest tax rates of any major city in Indiana.

Over $30 million has been secured in federal funding for road and trials over the next five years with 14 major projects planned throughout the city.