You are at:Home»Current in Zionsville»Two sides of Halloween at Zion Nature Center 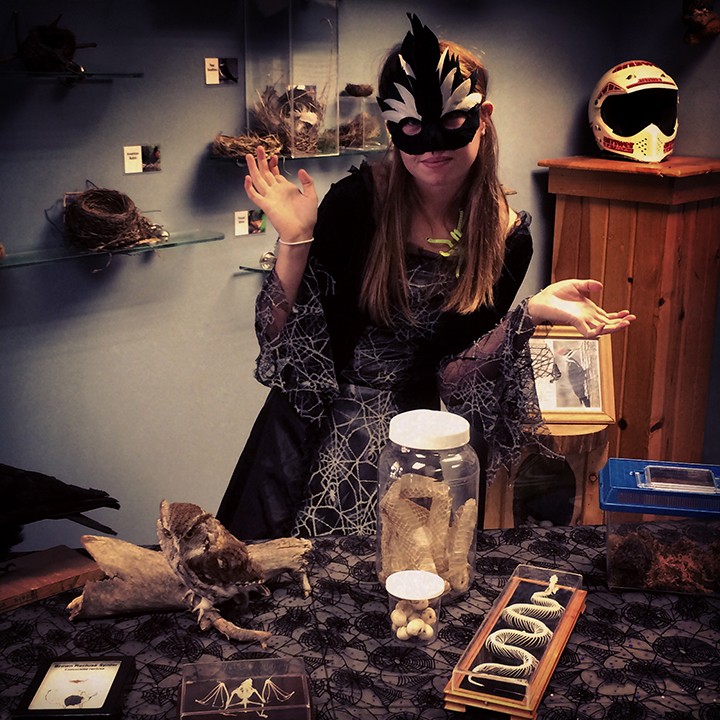 The Zion Nature Center will present a not-so-scary followed by a spookier side of Halloween with two free events on Oct. 24.

The activities will begin with a Halloween Hike for younger children from 2 p.m. to 3 p.m., which has been held for the last several years. There will be stations along the trail in Zion Nature Sanctuary. The age range is for eight years and younger with an adult.

“It’s meant to be very kid friendly,” said Mindy Murdock, Zion Nature Center manager and park naturalist. “I would say pre-school or kindergarten is probably the age we cater to for that hike. If they are eight, they are probably coming because they have a 4-year-old brother and mom and dad are dragging them along. It’s meant for the younger age. It’s not too spooky. They can wear their costume, because they love to do that at that age, and they can get some treats. They can learn a little bit about some Halloween animals, like bats and owls.”

Murdock said children can then see the animals inside the Nature Center and there will be a craft to make.

“That’s a new one we haven’t had before and we cater to a little bit older children,” Murdock said.

The age required is six years and older with an adult.

“We’re not doing a Haunted Hayride or Haunted House or anything like that, but there’s going to be definitely times when it gets a little eerie,” Murdock said. “Nobody is jumping out and grabbing anyone. It’s centered around the campfire and we’ll have one going behind the Nature Center.”

Murdock said those wanting to attend should register by emailing naturecenter@zionsville-in.gov.