You are at:Home»Current in Geist»Bowers part of history-making Kiwanis leadership team 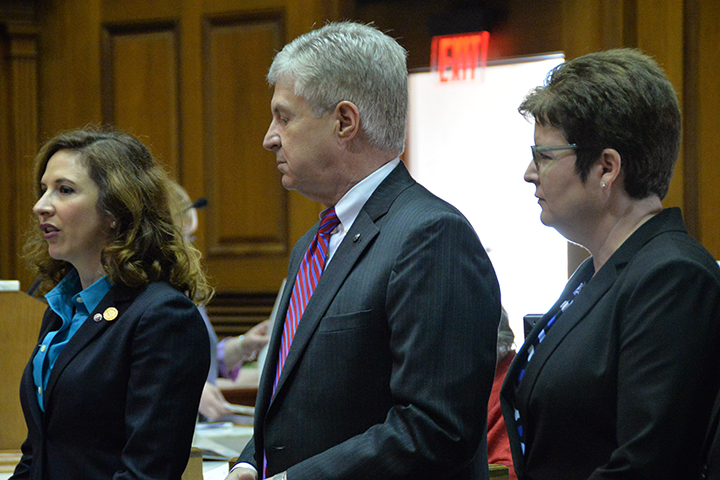 Dr. Kristen Bowers is glad to be part of the history off Kiwanis International. 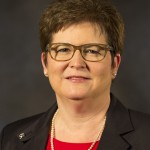 Bowers, 55, took office on Oct. 1 for the one-year position as the Indiana District leader of Kiwanis International. The Lawrence Township resident, who was elected in June by members of the Indiana district at the convention, joins the administration of the first woman to serve as the Kiwanis International president. Bowers is a member of the Kiwanis Club of North Central Indianapolis. She is one of 14 women who will govern with president Sue Petrisin.

“We’re the first major service organization to elect a female as international president between Lions, Rotary, Optimist,” she said.

Bowers said it is exciting to be part of the historical leadership team.

“It’s very exciting,” Bowers said. ‘We are starting our second century of serving the children of the world, which is what Kiwanis focuses on. It’s exciting to know the organization represents the diversity of the communities that we’re serving.”

Petrisin has regular electronic conferences with the other governors at least once a month.

“So we can keep up with what is going on in the organization,” Bowers said.

“Each Kiwanis club can engage in whatever projects they feel best fits the needs of their community,” Bowers said. “There are some we provide for them like sponsoring service leadership programs in high school, Key Clubs and builders clubs in the middle schools. My primary role is to help the 187 clubs that are in Indiana be the best expression of Kiwanis that they can be, help them have the greatest impact and give the greatest service that they can in their local communities.”

For instance, Bowers said that Kiwanis might give bicycle helmets to kids in the community or they might sponsor a builders club where they teach middle school kids about community service and leadership.

“In Indiana, we’ve been a partner with Riley Hospital for Children for over 90 years,” Bowers said. “We’re the first organization to partner with them before the hospital even opened in 1919. Most Kiwanis clubs are committed to serving Riley Hospital whether that is through raising money or making financial donations or providing hands-on service through a variety of different projects.”

Kiwanis is in the middle of his worldwide project with UNICEF and has already raised $100 million to eliminate maternal and neonatal tetanus.

“Eleven counties have been certified as MNT free since we got into the campaign and partnership with UNICEF,” Bowers said.

Bowers, a North Central High School graduate, is an adjunct faculty member of Indiana Wesleyan University, teaching in the masters and organizational leadership program. She and her husband Brian have two children, Rachel, a graduate student at Columbia University, and Aaron, a sophomore at Purdue University.

Kiwanis has nearly 630,000 adult and youth members, with 6,300 in Indiana. The organization also offers clubs for disabled adults, giving each group the opportunity to help children in their communities. Each year club members around the world donate 18.5 million hours of service time on more than 150,000 service projects.