You are at:Home»Current in Fishers»Local author featured at Indy Metro

On Oct. 16, author Madalyn Kinsey will host a book launch party for her latest fictional work, “The Mystery of Gatewood Airport.” The party will take place at Indianapolis Metropolitan Airport in Fishers from 4 p.m. to 8 p.m. The event is open to anyone who might be interested in Kinsey’s work. 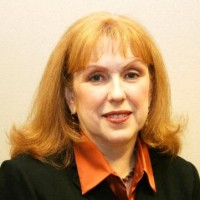 The book is the second in a series of three, and takes place in Fishers where Kinsey visited family as a child. It showcases places that used to exist in Hamilton County such as ABC Drive In, Rainbow Roller Rink and The Northern Beach Swim Club.

“The Mystery of Gatewood Airport carries on with my 14-year-old heroine, Vanessa, who goes out to stay with family on the family farm in Fishers, and is sucked into a whirlwind of intrigue at the nearby municipal airport. My uncle, David Gatewood, built the airport originally and then it was acquired by the airport authority. So, in the book I call it Gatewood Airport. Because a lot of the action occurs there in this book, I thought it might be a good tie in to have the party there in the terminal,” said Kinsey.

Kinsey grew up in Indianapolis but had cousins who lived near IMA.

“It occurred to me that a lot of times we look to far away from ourselves for story ideas. My childhood was really an idyllic life that some people wouldn’t have experienced. So, I wanted to showcase that and embrace it,” said Kinsey.

Kinsey has always been interested in writing, but made a career as an attorney.

“I used to start on the family manual typewriter. I was always writing novels, of course, which is a pretty large undertaking for a young girl. I would only get about 20 pages in and run out of juice and ideas. Then as I got older I started other types of books,” said Kinsey.

For more information or to purchase “The Mystery of Gatewood Airport,” visit amazon.com.