You are at:Home»Current in Carmel»Carmel Community»Police search for missing teen 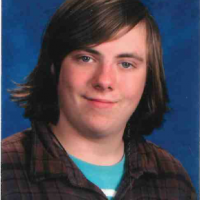 Justin Worthman, 17, was reported as a runaway Oct. 8. According to his mother, Justin was last seen on Oct. 5 near his home on Ind. 37 in the Strawtown community, just north of Noblesville city limits.

Although Justin has been in touch with his family through Facebook stating he would return home, he has not returned. Justin’s mother believes he may be in the Anderson area where his father lives or in the Strawtown area.

Justin is described as 5 feet 6 inches tall, 170 pounds, with brown hair and blue eyes with pierced ears. He was last seen wearing an orange Hamilton Heights sweatshirt and orange shorts. It is not believed that he is in danger at this time, but his mother is concerned due to Justin missing school and acting differently prior to leaving.

Anyone with information on the location of Justin Worthman should contact the Hamilton Co. Sheriff’s Office at 317-773-1282.