You are at:Home»Current in Zionsville»Zionsville Education Foundation celebrates 20 years of giving back 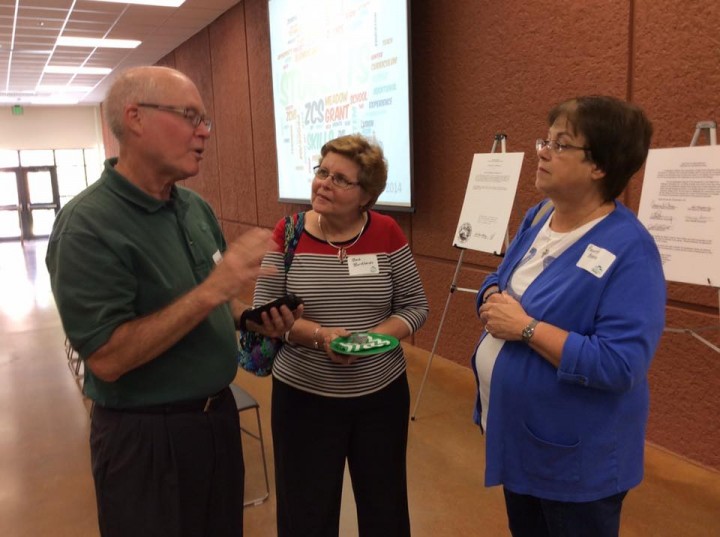 Twenty years ago a group of education supporters joined forces to create the Zionsville Education Foundation with a goal to provide grants to teachers and save funds for the future. In the past two decades roughly 500 grants have been bestowed, with 10 grant recipients announced for this fall cycle.

Grant requests to help build independent readers, provide stereomicroscopes, and create a hydroponic tower garden – among many other ideas – were among 15 applications received for this cycle.

“They are exactly what ZEF wants,” ZEF Executive Director Tracy Phillips said. “Innovative, out of the box, game changing grants, something that will change the course of a young person’s life.”

The grant budget for fall and spring is higher this year than previous years in celebration of the 20th anniversary.

“We always have more grants than we have budget,” Phillips said. “We want to fund as many grants as possible.”

One of Phillips’ goals for the 20th anniversary year is for the organization to give its one millionth dollar to date, which she feels is within reach.

“I want to earn more this year so we can give it back,” she said.

Every dollar raised goes back into the schools. Administrative costs are covered by proceeds from an endowment, which Phillips also hopes to fund this year.

“It would be lovely if this could be self sustaining,” she said.

Funds raised by ZEF are directed toward curriculum versus classroom consumable items or field trips that are often funded by a school’s PTO. ZEF funds classroom grants, professional development grants and student enrichment grants, which were created in the event that student groups move on to an academic team competition.

Celebration for the 20th anniversary of ZEF kicked off in September with a reunion of 80 board members and grant awardees and will continue with a gala dinner, ZEF’s only fundraising activity this year. The dinner will be Nov. 14 at the Central Library in Indianapolis.

Hoping to have 400 people present, Phillips said that the event will start with cocktails and a jazz group, then students from the high school production of Pippin! will lead attendees to a sit-down dinner with a fundraising game and guest speaker Richard Harwood.

“His foundation exists to bring communities and public schools together,” Phillips said.

Tickets are available at ZionsvilleEducationFoundation.org.