You are at:Home»Current in Carmel»Carmel Community»‘Snow White’ back at Beef and Boards 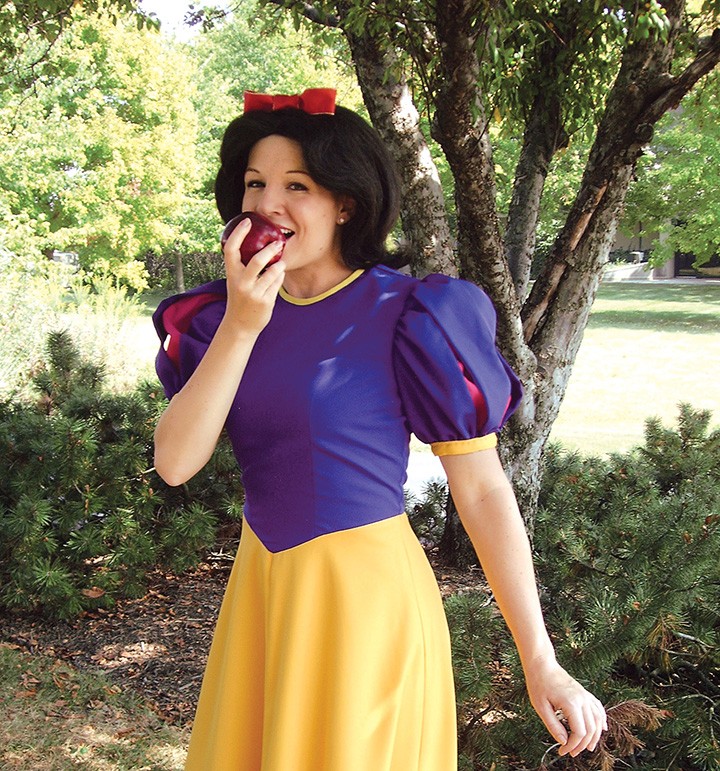 There might be seven diminutive dwarves, but the upcoming Beef & Boards production of Snow White is suitably grand for young audiences.

Snow White serves as the last of Beef & Boards’ Live Theatre for Kids productions, a series of one-hour plays designed for preschool through fifth grade, though all ages are allowed. Children also have the opportunity to meet the cast after the show for pictures and autographs.

“We find that what we call the ‘princess shows’ can be very popular,” director Jeff Stockberger said.

“In the original story, the dwarves had no name,” Stockberger said. “The names are copy written by Disney, so you can make up whatever names you want for them. I mirror what Disney does but add my own twist at the same time.”

Adding child-appropriate twists to a show like Snow White is half the fun, Stockberger added. In the original Brothers Grimm version, the evil queen meets her demise thanks to a pair of glowing hot iron shoes. Since this obviously wouldn’t fly with a young crowd, Stockberger instead chose to make the queen suffer a sudden urge to never stop dancing.

Amanda Lehman stars as Snow White and Logan Moore stars as Prince Gracious. Peter Scharbrough stars as the Huntsman, Christine Zavakos as the Queen, and A.J. Morrison as the Magic Mirror.

Snow White opens Oct.16, with performances beginning at 10 a.m. on most Fridays and 1 p.m. on most Saturdays. All tickets $15.50 and include a complimentary snack. For reservations, call the Beef & Boards box office at 872-9664. For more information, visit beefandboards.com.