You are at:Home»Current in Carmel»Carmel Community»Shadybrook neighbors celebrate installation of Little Free Library 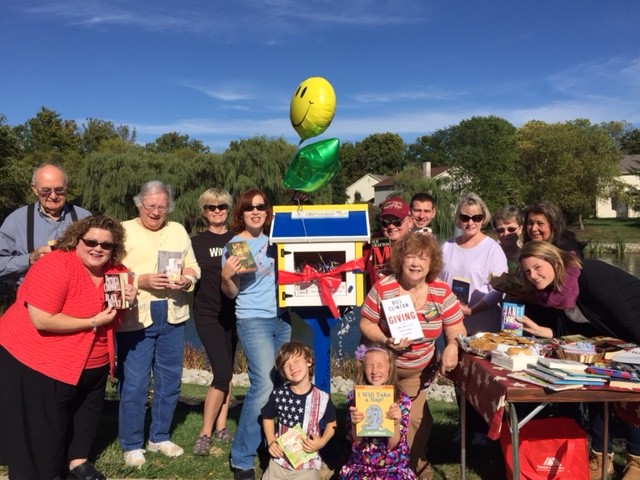 Residents of the Shadybrook neighborhood in Carmel recently gathered to celebrate the opening of their Little Free Library, which was provided by an anonymous donor. Neighbors of all ages brought books to the celebration to fill the library.

“We are thrilled with this new addition to our neighborhood and believe it will be a great way to build a sense of community,” said DeAnn Shrewsbury, president of the Shadybrook homeowner’s association. “Today’s event saw neighbors of different generations meeting and interacting for the first time.”

The Little Free Library concept began in 2009, when Todd Bol of Hudson, Wisc., built a model of a one-room schoolhouse as a tribute to his mother, a former schoolteacher who loved reading. He filled it with books and put it on a post in his front yard. After receiving positive feedback from neighbors and friends, he built several more and gave them away.

The concept grew into a nationwide nonprofit network, with more than 32,000 registered Little Free Libraries in 50 states and 70 countries as of September 2015.