You are at:Home»Current in Zionsville»Talks begin for 2016 Zionsville town budget

The Zionsville Town Council heard the introduction and first reading of the Zionsville’s proposed 2016 budget during its regular monthly meeting Oct. 5 at town hall. 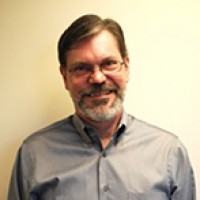 Town Manager Ed Mitro introduced the budget to council members, as Zionsville Mayor Jeff Papa was unable to attend Monday’s meeting. Mitro said the proposal he presented to the council was designed to maintain quality services while at the same time trying to stay on budget.

“The original budget proposal submitted by the mayor and staff was a wish list… looking at maintaining a 2.5 percent increase range, which was the same as we had last year and also just tried to hold steady with increases that may come,” Mitro said.

That initial budget was also in the red by more than $2.5 million, prompting a round of cute by Mitro and Papa. 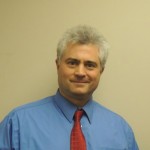 “Mayor Papa and myself went through the process of looking at all of the budgets, coming up with cuts that we believed would be helpful and necessary to try and get the operating balance for the town to be in balance,” Mitro said.

“The first go around, we had a budget that was an increase of 8.72 percent from the projected 2015 year-end,” he added. “Through an initial set of cuts that we then presented to the town council, the town looked at reducing the budget by approximately $1.9 million. We were hoping at that time that we’d end up with just a very small but positive balance in the overall operating budget.”

As an August budget workshop approached, errors in the budget were discovered that spurred a need for Zionsville to make another round of cuts.

“Ultimately, we would end up cutting approximately $2.6 million from the budget and would end up with total operating funds that were about $294,000 to the good,” Mitro said.

The next step in the 2016 budget proposal will be for the Zionsville Town Council to consider the budget on a second reading at a special meeting Oct. 26.