You are at:Home»Current in Zionsville»Proposed $73.6 million 2016 Zionsville Community School budget dependent on success of November referendum

The Zionsville Community Schools Board of Trustees got a detailed look at the proposed 2016 budget – which is dependent on the passing of a referendum in November – at its Oct. 12 meeting. 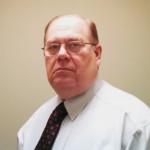 “We’re projecting on there about $6.1 million in 2016 from the referendum fund,” Shafer said. “Our budget can be balanced with the expenditures we’ve talked about at that level if the operating referendum currently on the ballot passes. If in fact that referendum does not pass, we will still have to balance the budget.”

The student population at ZCS is continuing to grow, but the district is set to receive less state money than any other district in Indiana under the new funding formula – $716 less per pupil than the state average.

Without the referendum passing, Shafer said, finding ways to balance the 2016 budget could get ugly.

“Without that $6 million, balancing the budget will become an extremely painful affair that will be cast in some very negative language — layoffs and riffs and cutbacks and program discontinuations,” he said. “But one way or another, the budget will be passed.”

The entirety of the referendum fund would be used — as was the case with the expiring 2012 referendum — toward paying teachers’ salaries and benefits, in addition to money from the general fund.

“We’re proud to say that we spend over 70 percent of our total monies for operation directly on instructing children,” Shafer said. “We think that’s what ought to happen and we’re proud to present that that is in fact what’s happening here.”

ZCS will continue to reduce its debt with the proposed 2016 budget, and the district has saved $13.1 million by refinancing bonds issued in 2005. More than $88 million in debt has been paid off since 2005 and the board has issued no new debt in that time.

“If we just continue staying the course, we’ll see our debt dropping significantly over the year covered by this budget,” Shafer said.

Books on the proposed 2016 ZSC budget — both a shorter executive summary and the full version — are available on the district’s website at www.zcs.k12.in.us. The Board of School Trustees will meet again at 6 p.m. Oct. 26, for a budget adoption hearing.