You are at:Home»Current in Geist»Projekt Opera returns in Fishers 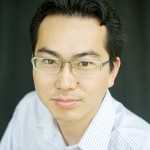 Ji-Eun Lee and Hidetaka Niiyama want to share their love of opera with others.

Lee is the co-founder of Projekt Opera with Hidetaka Niyama.

“Our mission is educating the public on the genre of opera,” Lee said. “Opera is genre is not really popular anymore. Symphony orchestra is still going on many locations. The opera is really hard to pull off because of the sheer cost of it. We have small budge and have a minimalistic approach.”

Lee said the average length of an opera is about three hours, but they cut the length in half to make it more enjoyable to average music lovers.

“Instead of singing constantly, we have dialogue,” Lee said.

Niiyama, who is a freelance conductor, works in a law firm in Indianapolis. After graduating From Indiana University, he has conducted regionals symphony orchestras in Terre Haute and Columbus, Ind., but this is the first time he has conducted an opera.

“I was frankly surprised the level of talent Fishers has when we had an audition,” Niiyama said.

Niiyama said he revised the script so the audience can easily follow the story line. Most songs are in English but the ones in German will have the English translation on a screen on stage.

Niiyama said while cutting down the length he kept songs that were essential to the story line.

“‘The Magic Flute’ is very kid-friendly because of a story line is easy to follow; an Egyptian prince going to forest to rescue a princess,”  Niiyama said. “We have kid choir who will act as monsters to chase down the main characters.”

There will be an eight-piece chamber ensemble.