You are at:Home»Current in Carmel»Carmel Community»Northview named 2nd fastest growing church in nation

To Northview Church lead pastor Steve Poe, the news that Outreach Magazine had named Northview as the second-fastest church in nation in its annual poll is proof they are meeting the needs of its congregation. 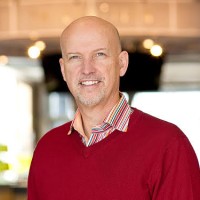 “I credit our congregation for the fast growth because they are the ones [talking]to their neighbors and friends and inviting them to attend,” Poe said.

Carmel has one service on Saturday and two on Sunday. Each of the other campuses have two services on Sunday.

“We believe in the message of getting everyone serving,” Poe said. “One time a year we cancel the services and send everyone out on projects serving the community.”

This year’s Good Neighbor Weekend is set for Oct. 31 and Nov. 1. Poe said 5,500 participants will be helping on projects.

Poe said they ask people to serve one of our four shifts.

“We do have members if people really want to get plugged in,” Poe said. “We don’t really push membership. We just pretty much want to reach the entire community. We’re not afraid to fail. We’ll take risks and do whatever we can to reach more people with the gospel message.”