You are at:Home»Current in Zionsville»Moms want others to be Fit4Me 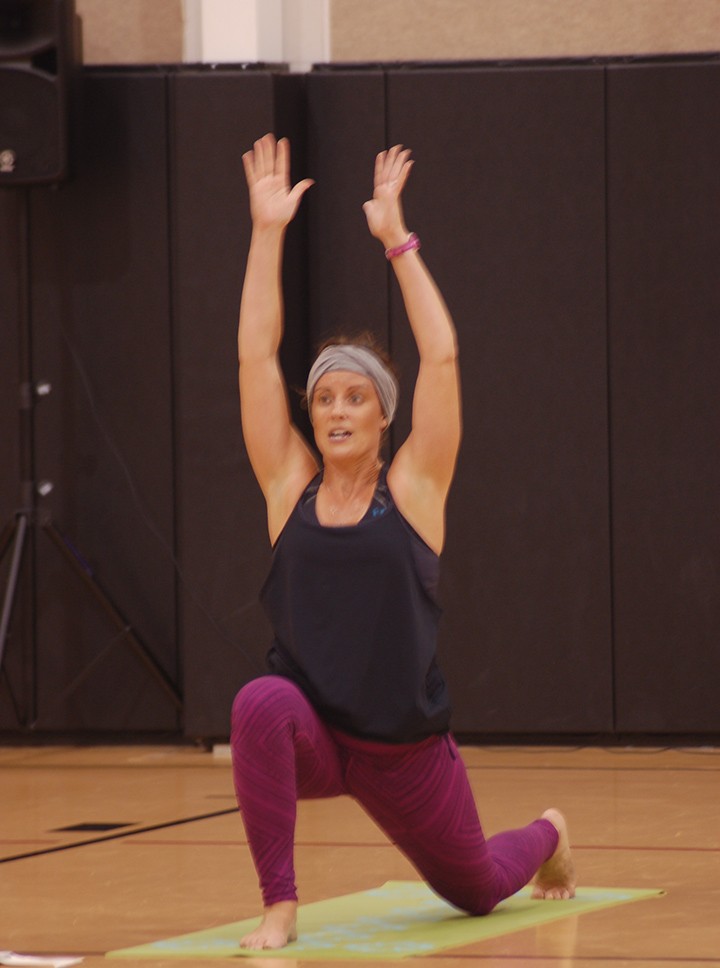 “We both just have a passion for people and for fitness,” said Erin Johnson, who along with Kelly Manicke created Fit4MeZionsville, with drop in-classes up to four nights a week.

The two want women to be able to exercise without having to make a commitment.

Johnson, a former Zionsville West Middle School teacher, left the area with her new husband several years ago and was trying to find the next chapter of her life.

“I saw a Zumba commercial and went to a class,” she said. “It lit something in me.”

She became certified and began teaching through her family’s many moves around the country.

“I was still connecting with people,” she said. “People really have this love for dance.”

Returning to Zionsville with her young children, Johnson met Manicke through a mom’s group and discovered they lived around the corner from each other.

Manicke, who became certified in PiYo early in the year and P90X in September, had always loved group fitness.

“It’s always been the best workouts,” she said, feeling that this would be a fun way to help others get healthy.

Johnson has a similar philosophy.

“This is a thing that I can lose myself in,” she said. Her class, called Dance Fit, is her own invention combining Latin, hip hop and pop.

PiYo is “Pilates and yoga on Red Bull” according to Manicke. It’s a high intensity, low impact class with elements of both disciplines.

Their Facebook page, Fit4MeZionsville, contains the latest information on classes, which generally take place Monday through Thursday evenings at the Whitestown Municipal Complex.

Classes are $5 each or $40 for a punch card for 10 classes, which is available on a temporary basis.

While they don’t offer childcare, there are chairs for school aged children to sit with a book or electronic device and children in kindergarten through eighth grade can participate for free.

“I think it’s important that women work out, and when you work out together you build friendships with one another and it just makes it more fun,” Manicke said.