You are at:Home»Current in Zionsville»Back in the day: Zionsville’s first school building had many uses 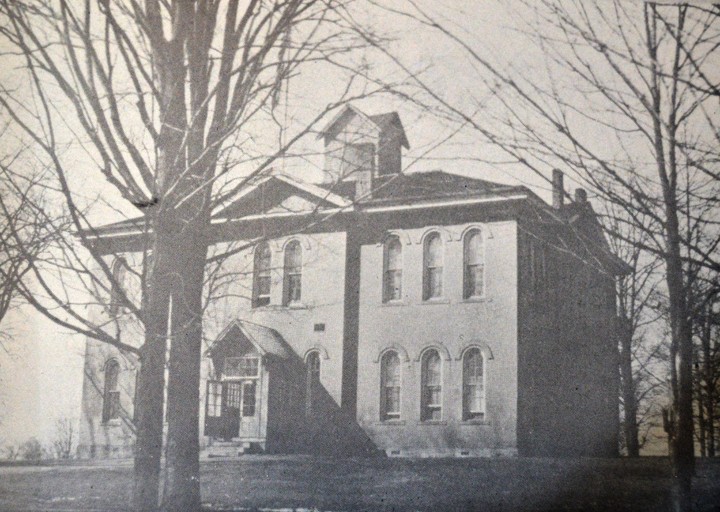 Zionsville’s first school building began as a boarding school for boys but eventually held an elementary school on the first floor and a high school on the second. (Submitted photo)

The first building erected in Zionsville specifically for educational purposes was the yellow brick academy on Walnut Hill, originally opened in 1876. The school initially boarded boys only. Eventually, the building was converted for all genders to an elementary school on the first floor and a high school on the second.

By 1911, the town decided it needed a new high school, so the academy became the area’s elementary school. Eventually the old building was razed to make room for a modern addition to the high school, which had been built directly to the north.

“I remember very well the smell of oiled wooden floors,” said Marjorie Bundy Parks for the oral history collection Zionsville The First One Hundred Years, “and I can also remember the way our day started in school. We always had morning exercise first, which consisted of standing by your desk very, very tall and saying the salute to the flag and repeating the Lord’s Prayer. At the end of the day, the teacher would say ‘Now everyone sit up tall.’ You would sit very square (in your seat) with your hands just so and you sat tall, very tall.”