You are at:Home»Current in Zionsville»A door closes for one business, opens for another at Village Kitchen in Zionsville 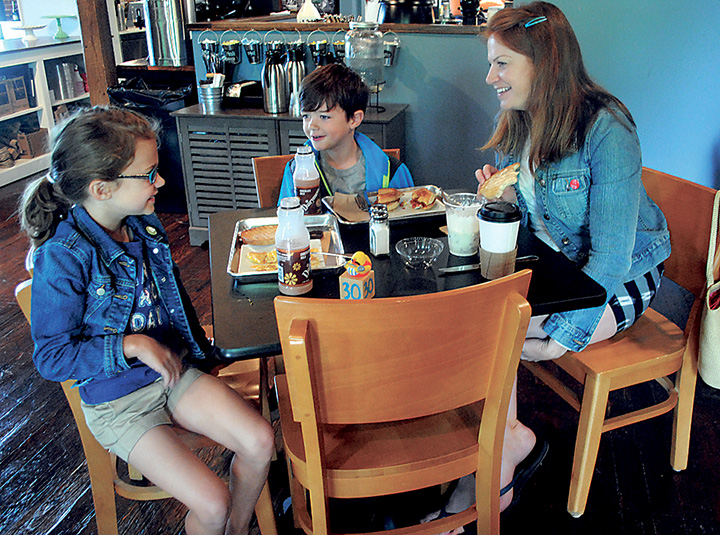 After being in business for approximately six months, the Village Kitchen has closed. But the space won’t be empty long. Northside local Zak Kahn has plans to bring in Darrin’s Coffee for the morning with wines and high-end bourbons being served in the evening. Light breakfast and lunches will likely be served during the day.

“We’re moving on to greater things,” said Darrin Marion, who was expecting to open at 98 S. Main St. but was unable to complete the project due to building restrictions.

He and his wife initially hoped to open in January but decided to make more updates than originally intended to the space, formerly Plum’s Upper Room. They reworked the kitchens and bathrooms, cleaned the high wooden ceiling beams and refinished the floors.

“As a business person you decide. Do you invest more or do you cut your losses and go?” Avery said. “The writing’s on the wall.”

He had been very active in community events, participating in the Lion’s Club Fourth of July celebration and Fall Festival.

“We were doing pretty well as we first opened, and (business) trailed off the last month and a half,” he said.

He praised Zionsville residents who supported his business but doesn’t have any plans for the near future. “I’m going to let the dust settle on this,” he said.

In the meantime, Marion has plans to open another coffee location in two weeks in Clermont on Crawfordsville Road.