You are at:Home»Current in Westfield»Zagster opens in Clay Terrace 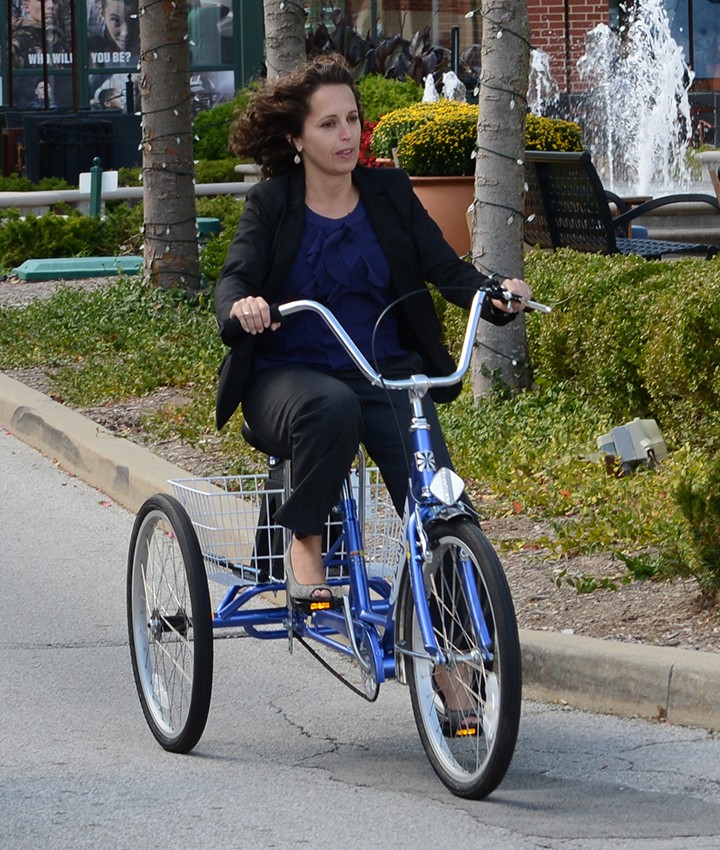 Jennifer Jones take the bikes for a spin around Clay Terrace Boulevard. (Photo by Theresa Skutt)

After much success with Zagster, the two rentable bicycle stations in Carmel, a new station was recently opened in Clay Terrace.

Currently, there is only one new station in Clay Terrace by the Joseph A. Bank store, although Jennifer Jones, general manager of Clay Terrace, said they will look at rider numbers over a period of time to decide if they should add a second station in the mall.

Jones said Clay Terrace shares a similar contract with Zagster as the city of Carmel, with the approximate yearly cost per bike being $1,320.

To rent, bikes cost $3 per hour and can be rented for up to 24 hours. There is a rental cap of $24. For memberships, monthly fees are $15 and yearly are $24, which provides unlimited rides under one hour, charging $3 per hour up to the rental cap.

At the Clay Terrace station, there will be six bicycles and two tricycles available for rent. Users will enter the bike number into the smartphone app, receive a code for the lock box and begin their ride. Upon returning, riders will simply end the ride via their application and lock the bike back to the station.

“We are an entertainment destination with shopping and dining for Carmel and Westfield residents,” Jones said. “Because of that, and because of the Carmel network, we fit in with that plan to provide alternative transportation as a way to get around the town and have a destination of fun and exciting things to do for residents or guests that are here at Clay Terrace.”