You are at:Home»Current in Westfield»Obituary: Jay Spears 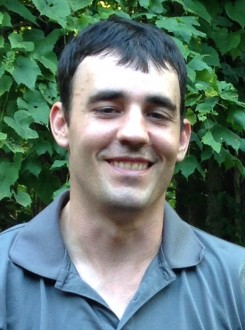 Jay Spears, 31, Westfield, died Sept. 30 at IU Health Methodist Hospital in Indianapolis. He was born on March 22, 1984 to Jack J. and Reneé (Crook) Spears in Indianapolis.

Jay was a driver for UPS, where he made many friends. He was an avid sports fan, was involved in fantasy football, was a member of the Hamilton County Disc Golf Club, and also played on a softball league at Morse Park in Noblesville. He was known for his competitive nature.

He was preceded in death by his grandparents, Jack and Sally Spears, and Bud Crook.

Services were held at 8 p.m. on Oct. 6 at Randall & Roberts Funeral Center, 1685 Westfield Road, in Noblesville, with visitation beginning at 4 p.m. immediately prior to the service. Rev. Richard D. Bell officiated.

Memorial contributions may be made to a fund for his son, Jaxon, via: gofundme.com/kp54kwww.