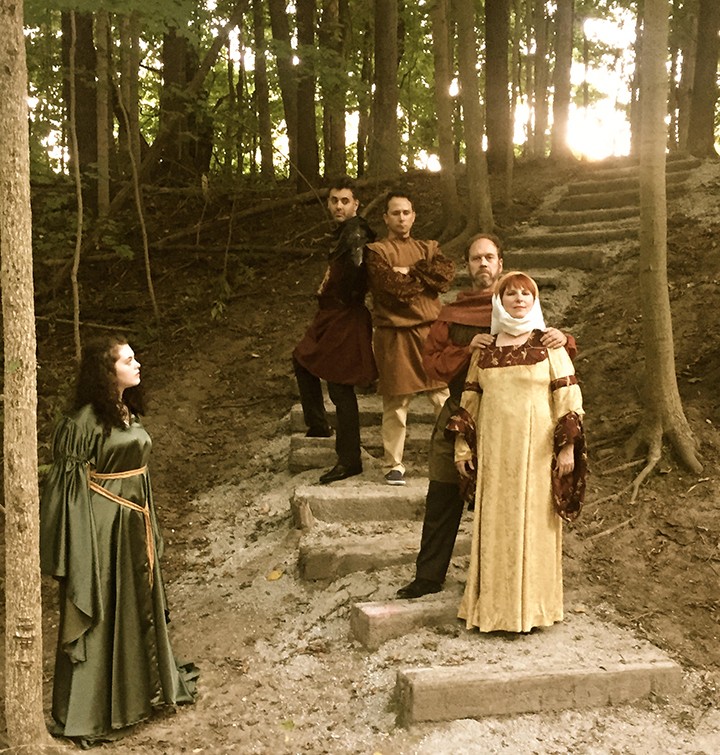 While the father runs the empire,  he must scheme against his wife and their three sons for present and future control. One son is a master manipulator. Another is an intelligent, gay man and the mother’s favorite. The youngest is Dad’s favorite, but is spoiled and irresponsible.

Sound like the hit TV show “Empire?” Or, maybe  the award-winning play, “The Lion in Winter?” Yes and yes.

While critics and TV viewers rave about  the dramatic genius of “Empire,” titled after the record label owned by the Lyon family (yes, Lyon), this story has been told before. James Goldman’s “The Lion in Winter” depicts the personal and political conflicts of Henry II of England, his wife Queen Eleanor of Aquitaine, their children and their guests during Christmas, 1183. It premiered on Broadway in 1966, starring Robert Preston and Rosemary Harris, and was adapted by Goldman into an Oscar-winning film, starring Peter O’Toole and Katharine Hepburn, in 1968.

After successfully directing another period piece, “The Little Foxes,” at CCP, Brent Wooldbridge returns for this dark classic that bristles with humor. His biggest challenge, he said, was putting together a “rock-solid cast” because this “is a show about the acting.”

“This is a veteran cast of extremely talented people who really delve into the characters and bring out the nuances of those they portray,” said Wooldbridge.

“Most of the cast did not know each other, and that can be very awkward going in,” said Wooldbridge. “But through the rehearsal process they’ve become very close. They are not just acting, but are acting together.” For more, visit carmelplayers.org.

The Lion in Winter