You are at:Home»Current in Zionsville»Zionsville Community High School 2007 grad running for mayor in Lebanon 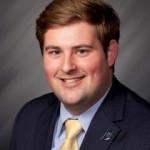 Matt Gentry, a 2007 Zionsville Community High School graduate, has been doing a lot of walking in his current hometown of Lebanon.

The 26-year-old isn’t strapped for transportation, but is instead going door-to-door to talk to voters about their concerns for the city and introduce himself as a candidate for mayor.

“I go out and knock on doors on my lunch break every day or so, and I go out in the evenings, too,” Gentry said. “It’s the best way to hear from people about what’s on their minds. I introduce myself and ask if they have any concerns about the city or any questions for me… Quite a few [want to talk], and we’ll spend between five to 20 minutes just talking about the issues facing the city and talk about what my positive plan is for the future of Lebanon.”

Gentry attended Zionsville schools through middle and high school after his family moved to Boone County in 2001.

“We couldn’t really find a farm, so we settled in Zionsville for a while,” he said.

The family found a farm outside Lebanon the summer before Gentry’s senior year at ZCHS, and he’s been back in Lebanon since graduating from Purdue University with a degree in political science and economics.

“I was appointed to a vacancy on County Council, and I was more than happy doing that until I wasn’t really pleased with the direction the city was going,” Gentry said. “I thought if I believed that, I actually needed to step up and decided to run [for mayor]. I wanted to give people a choice and offered what I was kind of thinking for the future of Lebanon.

“People said, ‘Oh you’re too young. You should have waited,’ but I really think that four years from now would have been too late,” he added. “That’s why I stepped up when I did, and hopefully we’ll continue to have success here in November.”

While Gentry is much younger than his opponent — incumbent mayor Harold Lewis — and peers in politics, he noted young mayors aren’t completely unheard of.

“The mayor of Frankfort was 23 when he was elected four years ago,” Gentry said. “I’m way older than he was.”