You are at:Home»Current in Carmel»Carmel Community»Workshop highlights women in technology fields 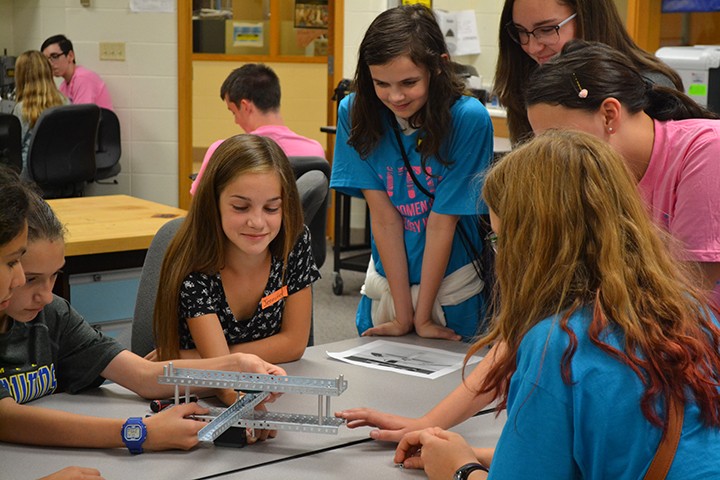 “I want girls to know how many tech jobs will need them in the future,” Brooks said.

Vickas Maturi, CHS senior and president of the CCS robotics team, came up with the idea for the workshop with other TechHOUNDS team members. Carolina Hernandez, a junior on the team, said she knew she wanted to explore a career within STEM (Science, Technology, Engineering, Math) from an early age.

“With so many men, they feel like they are dominating,” Hernandez said. “With different minds come different ideas.”

Several volunteers stepped up to make the workshop happen.

“Hopefully this generation won’t have to go through what my wife did [to prove herself],” said Tony LaMear, a CHS parent and Ivy Tech’s network engineering professor. “Having women in technology shouldn’t even be a question in the future.”