You are at:Home»Night & Day»Sinatra Jr. pays tribute to dad with concert 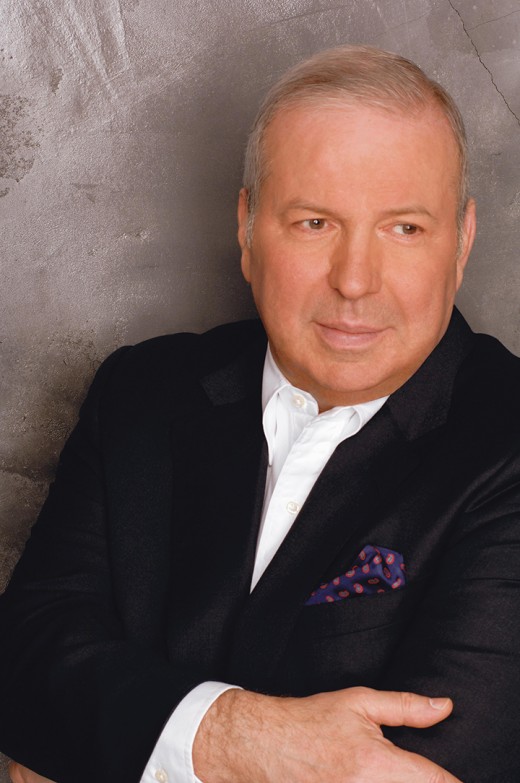 Frank Sinatra Jr. will be in Carmel Oct. 16. (Submitted photo)

Frank Sinatra Jr. plans to throw a memorable birthday party at the Palladium.

“For the first time, the show has gone audio-visual,” Sinatra said. “We have decided along with the very famous songs he made through the years that it’s also time to disclose some of the stories and some of the personality of the man himself. There are many, many musical tribute shows that are traveling the world about Frank Sinatra’s music. We like to believes ours has a leg up only because I was around for most of the stories that are involved. Assuming the audience already knows his music, now it’s time they know the person.”

Along with family photos and videos, his son will share personal stories as well.

Sinatra shared other thoughts on his father with the Current:

Do you feel some people just know the Sinatra myth?

“That’s why we tell the stories. I happened to believe something I learned once many decades ago. When the legend becomes bigger than the person then you lose the person.”

You put your singing career on hold and made a sacrifice to be your father’s musical director and conductor for his last several years. Was that a special time?

“It was something of a labor and learning experience, but it was never a sacrifice. What I wanted to do, frankly, as a son for his father, I wanted to put something back.”

Do you have that drive at 71, where you don’t need the money but feed off audiences the way your father did?

“No, I just do my job and you’re not correct I do need the money like everybody else in the world. And there isn’t all that much money coming in because the show is expensive to produce because of the personnel and the technical equipment so I end up with actually very little, not that is important.”

Do you have a keepsake from your father you treasure?

“Actual physical objects are no substitute for the many, many memories and experiences I’ve had all through the years. I’m now on the wrong side of 70 so you can well understand those memories are the keepsakes.”

Is there one special memory?

“There are many memories of many different emotional natures as any man would have who had the privilege of having in his father in his life until that man was 54 years old, which was the age I was when he died. I wish he could have survived longer because he had been so active all of his life he rarely had time to stop and sniff the roses.”

He liked it that way, though, didn’t he?

“It was the atmosphere overhanging him and his attitude, it was very exciting. There was an old proverb about those people who work hard have a tendency to play hard. In his case, I believe what happen, and it must be acknowledged, that he burned the candle at both ends a little too much. I’m glad he enjoyed his life but I wish it could have been prolonged.”

Are these stories even long-time fans may not know?

“Most of the personal tales about the years of his life the audience is not aware of, only the real diehard fans who have been following him for decades would even be mildly acquainted with these stories.”

Did you see sides of him you hadn’t seen before during the years on tour?

“Oh yes. When I joined his camp, he was already 72, approaching 73, and he was slowing down. Those were the sides of his life as they are in all lives that are inevitable but they were not necessarily always pleasant.”

Do you have a favorite song of your father’s?

“No, there is no favorite song. There are many of them that are just wonderful through the years. We begin our story in 1939 and it goes all the way up to 1997.”

Do you sometimes judge your own career too harsh because It would be hard for anyone to judge their career against your father?

“You have a point. I have a professional standard for myself that I think all professionals have. If you think about it’s quite interesting. Remember when you were a little boy and you heard the poem about the butcher, the baker and the candlestick maker. The shop keeper, the office worker, people like that, they have a job. Architects, doctors and attorneys have a practice. That describes my vocation. This is not really as much of a job as should be consider a practice.”

Did you ever wish you took another path or has being a singer been natural for you?

“I wanted to be a composer who scored movies, played the piano and was a songwriter. That was my ambition when I was a young man but that was many decades ago.”

What are the difficulties of this extensive tour?

“The pace is very difficult to maintain. It involves a great deal of travel. I have recently moved some 50 miles from where I once lived (in California). I’m trying desperately to get set up in a new residence right now. My time is very well.”

He did outlived many of those from Rat Pack days, such as Dean Martin and Sammy Davis Jr.