You are at:Home»Current in Fishers»Indy Metro Airport receives FAA grant 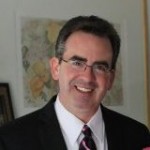 The Indianapolis Metropolitan Airport in Fishers is a unique part of transportation in north central Indiana. Recently, the airport received a grant to help in a rehabilitation project to help keep the airport’s runways in top condition.

“The overall price for the project is $3.5 million,” Jeff Dutton, communications manager for Indianapolis Airport Authority, said. “The grant was $2.65 million. That’s coming from the Federal Aviation Administration under the U.S. Department of Transportation. Basically, the grant money will be used to rehabilitate the runway. The rehabilitation of the runway specifically uses asphalt overlay along with some drainage improvements and some runway markings.”

Also part of the project will be much needed upgrades to the taxiway lighting systems.

“The lighting that is there is getting to be at the end of its life cycle so it was time to replace it anyway,” Dutton said. “This will allow them to replace it with more energy efficient LED lights.” 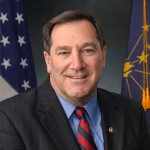 One major advocate for the grant money was U.S. Senator Joe Donnelly

“Senator Donnelly was one of the advocates and he’s definitely instrumental in helping us get this [grant],” Dutton said.

“With the Indianapolis airports managing high amounts of cargo and serving passengers domestically and internationally, reliever airports like [Indy] Metropolitan Airport help support economic growth and stability,” Donnelly stated in a press release. “I am pleased to welcome this Airport Improvement Program grant to help repair the runway at [Indy] Metropolitan Airport because safe, reliable airports are essential for our local economy.”

“We sincerely appreciate the role of Senator Donnelly and his team in helping secure this important FAA grant for the Metropolitan Airport,” IAA executive director Mario Rodriguez said in a press release. “They understand the transportation needs of our Central Indiana community and their work will help sustain a high-quality airport system, with outstanding service, for years to come.”