You are at:Home»Current in Carmel»Carmel Community»Wilson to sing through career with ATI Trio 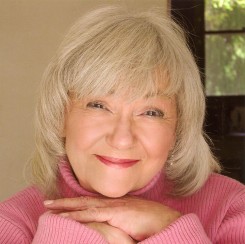 Patricia Wilson, who retired in Carmel five years ago, will perform Oct. 9-10 at The Warehouse. (File photo)

Patricia Wilson, who has performed with the likes of Gene Kelly, Jackie Gleason and Bob Fosse, figured she had retired when she moved to Carmel five years ago.

“I hate to say it but I haven’t sung in about 20 years,” Wilson said. “I’m going to have to apologize for my singing I’m afraid. I’ve been working on it, but how’s the song go ‘The old gray mare ain’t what she used to be.’ I think Don, Judy and Cindy will sing a lot and I’ll just do a couple or three songs from the eras that I was in.”

Wilson said she is looking forward to working with the dedicated ATI Trio, who she describes as kids.

“I hope I don’t let them down,” Wilson said. “It’s probably going to be my swan song.”

For Farrell, it will be a treat to be alongside Wilson.

“I can say personally, as well as professionally, that it will be a true privilege to share the stage with one who has seen and experienced it all,” Farrell said. “From her strong performing heritage that blossomed into being a respected actress during Broadway’s Golden Age through Hollywood and everything in between, Ms. Wilson is a true gem who enchants you with her charm, grace, and loveliness with exciting stories only she can tell — because she lived it!”

Collins is proud to call Wilson a friend as well.

“Pat Wilson is one of the remaining ‘troopers’ in our business,” Collins said. “Thank God she is still around to share her stories and talent with us. Her razor-sharp wit and humble persona make it a pleasure to work with her.”

Wilson got her first break starring in “Fiorello!,” as the wile of New York City Mayor Fiorello LaGuardia, played by Tom Bosley, on Broadway in 1959.

Wilson was a favorite of Richard Rodgers and performed as Nellie Flatbush eight times in Rodgers & Hammerstein’s “South Pacific.”

“I met them (Rodgers and Hammerstein) quite early in my New York career,” Wilson said. “I did one of their shows called “Pipe Dream” which was less than their best success. After that they took over my career.”

Rodgers convinced Wilson to take on the role of Julie in “Carousel,” which became her favorite role.

“I always thought I was a belter but he said I could use my head voice and sing soprano,” Wilson said. “My natural voice is both so Richard Rodgers was absolutely right.”

Her many TV credits included “The Mary Tyler Moore Show,” “Happy Days,” and “The Jackie Gleason Show: American Scene Magazine.” She also acted in movies, “A League of Their Own” and “The Nutty Professor.”

Wilson originally moved to Carmel to live near her daughter and three children. That daughter has since moved to Minnesota, but Wilson plans to stay in Carmel. She had another daughter with two children in California.

Wilson’s autobiography “Yesterday’s Mashed Potatoes: The Fabulous Life of a Happy Has-Been” was published in 2009.

Wilson’s show will kick off ATI’s Cabaret Series, sponsored by Coots, Henke & Wheeler. Tickets are $35 in advance and $40 on the day of the show. For more information, visit atistage.org.