You are at:Home»Current in Zionsville»WPD officer back to work after crashing vehicle 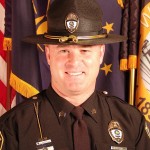 A Whitestown police officer is back to work after crashing his police SUV to protect the life of another officer in the early morning of Sept. 11.

Whitestown Police Department Sgt. David Bowles intentionally drove his vehicle across a median and into a moving driverless vehicle as it sped toward Deputy Ryan Musgrave of the Boone County Sheriff’s Department.

The two officers had been pursuing Ryan Walker, 31, who allegedly tried to replace the price tag on a product at the Meijer at Anson with a cheaper one and scan it through the self checkout line. Meijer employees alerted police, and a chase began when Walker refused to pull over. 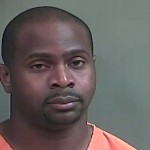 Walker fled south on I-65 onto southbound I-465, bailing from his vehicle on the ramp to W. 38th St. Musgrave continued pursuing the suspect on foot and was in the path of Walker’s moving vehicle when Bowles used his SUV to stop the moving vehicle before it could strike Musgrave.

Walker was arrested and booked into the Boone County Jail on preliminary charges of theft, resist/fleeing and reckless driving. He was also found to be wanted on multiple warrants out of Hendricks County.

Whitestown officials are still waiting to receiving an estimate on damages to the police vehicle, which sustained “significant” damage to the right side, bumper and rims, according to Tanya Sumner, assistant town manager.

Bowles was treated at Methodist Hospital for back pain and released. Both Bowles and Musgrave declined to comment on the incident.