You are at:Home»Current in Carmel»Carmel Community»Carmel grad to direct ATI’s ‘The Fantasticks’ 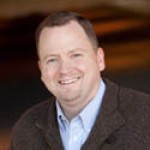 Bill Jenkins understands why “The Fantasticks” has had a 50-year run in New York, including 42 consecutive years from 1960 to 2002.

“It’s a wonderful play,” Jenkins said. “It’s great deal of fun for audiences because everyone can relate to young love and everyone can relate to the battle between young and old. These are things that are identifiable for any audience member. It’s a timeless classic. It’s a show I’ve always been interested in doing.”

Jenkins, a 1991 Carmel High School grad and chair of Ball State’s Department of Theater and Dance, will direct the Actors Theatre of Indiana’s production of  “The Fantasticks” at the Studio Theater in Carmel from Sept. 11 through Sept. 27.

“I had a great experience doing the show with Judy and Cindy the first time,” Jenkins said.

Michael Ferraro and Laura Sportiello, who are the show’s young lead actors, are Ball State graduates of the past two years.

“They are two of finer actors we’ve produced over that two-year period in the musical theater department,” Jenkins said. “One of the clowns is Michael Elliott, who is head of musical theater program at Ball State.”

Jenkins said rehearsals for the musical have been going smoothly.

“I’m very excited for audiences to see it. I think the ATI audience will find it as a show they can have a great time with it,” he said.

Tickets: Available online at atistage.org, The Center for Performing Arts box office or by calling 843-3800.